No. 25 Texas survives Virginia Tech for its 1st NCAA Tournament win since 2014 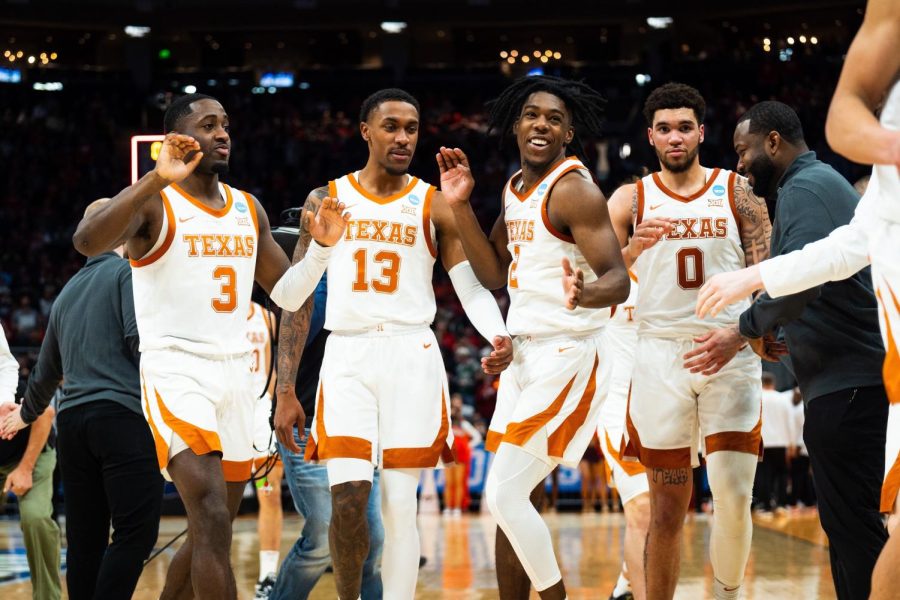 Texas was down 32-31 as the clock neared zero in the first half.

The start of the game was not ideal for the Longhorns, taking five minutes before getting their first point. Texas did not take its first lead in the game until the 10:58 mark.

With virtually no time left in the first half, senior guard Marcus Carr hurled the ball across the court and banked a 3-pointer to give Texas a 34-32 lead at the half.

Carr’s lucky shot was just enough to give Texas the momentum to win its first NCAA Tournament game since 2014. Texas defeated Virginia Tech 81-73 for a chance to play No. 3 seed Purdue on Sunday.

The preseason No. 1 transfer claimed he wasn’t shocked his half-court heave made it in. Texas is now 3–0 this season when Carr makes a buzzer-beater 3-pointer to end the first half.

“It wasn’t really surprising (that) it went in,” Carr said. “I’m happy (that) it did. It gave us the lead at the half, and we were able to build off that.”

The shot came after an extremely unbalanced Texas offense in the first half, with senior guard Andrew Jones leading all scorers with 17 points. Texas’ next leading scorers were Carr and senior forward Timmy Allen with five points each. The other Longhorns were able to catch up to Jones in the second half, with all five starters ending the afternoon in the double digits.

“I think Andrew (Jones) was aggressive the whole game,” senior guard Courtney Ramey said. “It kind of triggered me to (be) more aggressive in the second half.”

Jones ended the day with 21 points and a new season high for made 3-pointers.

Texas’ defense was consistent throughout the game, holding Virginia Tech to a season low of 12 attempted 3-pointers. The combination of massive offensive improvements and steady defense sealed the win for Texas. The Longhorns bested the Hokies in rebounds, steals and assists.

But coming into the game, Texas head coach Chris Beard made it clear Thursday that unranked Virginia Tech was not to be taken lightly.

“They appear to me to be the best version of themselves right now,” Beard said before the game Thursday.

“There were some things we could have been a little bit better at,” Virginia Tech guard Hunter Cattoor said. “But at the end of the day they had good players, and those players stepped up and hit shots.”

Texas returns to Fiserv Forum on Sunday to play Purdue in the second round. Texas has not won a second-round game since 2008, when it beat Miami 75-72.