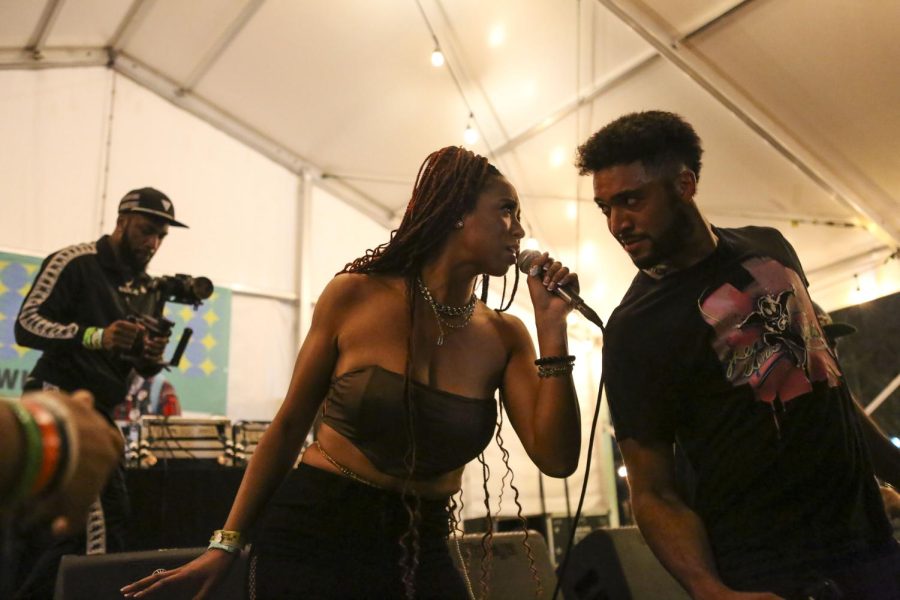 With a Canadian JUNO Award for Reggae Record of the Year under her belt, Afro-fusion artist TÖME has received acclaim for her distinct, rich sound inspired by her multicultural experiences. Her latest album LÖV – or Love Over Vanity – explores various aspects of love with amapiano and afrobeat styles. TÖME performed at SXSW on March 17.

The Daily Texan spoke with TÖME about single-mindedly pursuing music, her journey as an artist and her biggest influences.

The Daily Texan: When did you decide you were going to do music as a career?

TÖME: I had the opportunity to perform for the WizKid show in March 2019 in Toronto. From there, they invited me to do two more shows. We were starting to do shows with a lot of different artists to a point where one artist, Mr Eazi, (and) his team invited me to come and do the whole Europe tour (with him) because of the performance I did in Toronto. I (was) just starting, but, clearly, they (saw) something in me that makes them want to see more. From that point on, it was either my job was gonna fire me or I quit. I quit (being a marketing executive), went on tour and never looked back.

DT: How do the different cultures you were raised with come together in your music?

T: Being raised in Canada, it’s very multicultural. I was (in a) francophone school, and within there, there’s cultures, such as French African, Arabic and European … Being surrounded by (these people), a lot of them were my close friends, so naturally, (I started) to absorb some of their cultures. Also, being Nigerian, I went back (there) every five years. My dad made sure we saw the world from a very young age … It was inevitable for it to become a part of me, and I put everything (and) all of me into my music. I don’t like to stay in one box — I just can’t.

DT: You experiment with various genres in your latest album LÖV. Which song did you enjoy working on the most?

T: I really enjoyed making “Hold You” featuring Yaba Buluku Boyz. I (am) from Nigeria, (while) they’re from Mozambique, so there was a bit of a language barrier. But the music helped us connect, and I loved making that song so much.

DT: Can you tell me more about how music acts as this common ground that brings the artists you work with together?

T: It genuinely always brings a side of you that you don’t usually show on a daily basis. When you’re in the studio with people, this is when they’re their most raw, vulnerable (and at their) best. When you’re making music with them, it allows for deeper connections. It’s how a lot of friendships grow within the industry. It’s what makes the music sound so good — you get to know somebody really well in your studio.

DT: How does your album represent you and your growth as an artist?

T: Every time I release something new, it’s showing the growth I’ve made. Going about three years professionally into (the music industry) — although I’ve been doing (music) since I was 8 years old — (I’m) now growing in this field. It’s allowed me to understand (that) my purpose is in this lane. As I continue to grow, I impact more people, and I start to see how my music inspires so many others indirectly. That in itself is a really beautiful thing. My journey might be difficult sometimes, but I know I’m on the right path.