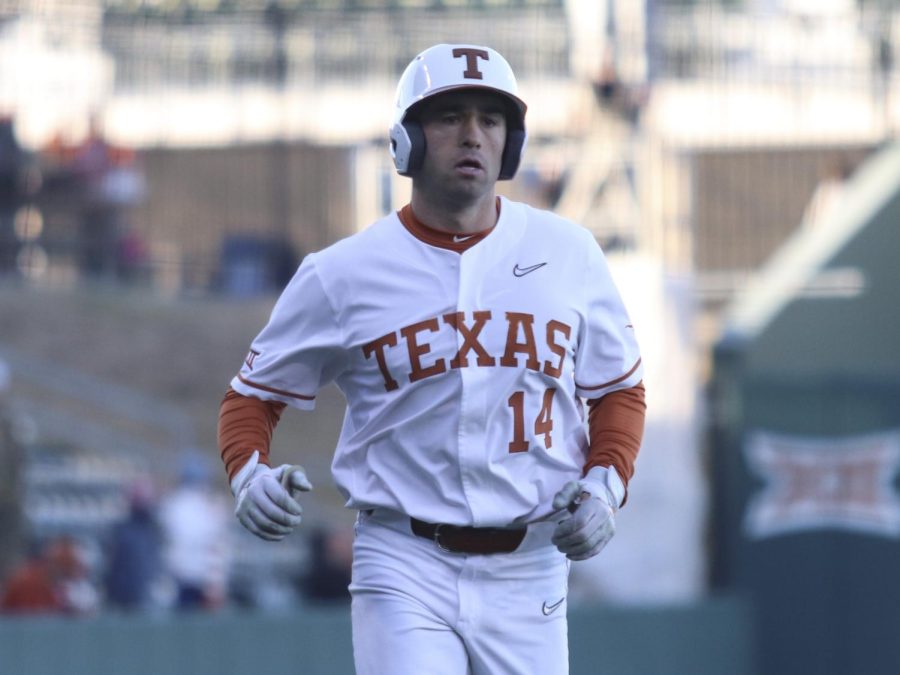 After playing 10 of its last 11 games on the road, No. 2 Texas baseball returned to the friendly confines of UFCU Disch-Falk Field for a weekend series against Incarnate Word.

Powered by a plethora of hot bats, the Longhorns swept the series against the Cardinals to improve to 17–5. Texas outscored Incarnate Word 41-4 over the course of the series.

Following Texas’ road trip to South Carolina, in which it finished 2–3 in games against South Carolina, the College of Charleston and The Citadel, head coach David Pierce said returning back home was a welcome sight for the team.

“We had a really tough travel and tough game schedule,” Pierce said. “More than anything, we learned how to deal with adversity and don’t take winning for granted. There were probably 60 people on the trip that couldn’t wait to get back to Austin.”

Paired with Wednesday’s 18 runs against The Citadel, the series marks the first time that Texas was able to score 10 or more runs in four consecutive wins since 1993.

Two-out hitting was a large factor for the Longhorns’ offensive success against the Cardinals. Of the 41 runs scored in the series, 29 runs were scored with two outs.

Pierce said while Texas batters cannot control the results when it comes to hitting with two outs, he likes the team’s approach to hitting in those situations. Unlike last week, hitting clicked this weekend in clutch situations, Pierce said.

“They believe in not giving up that at bat, and that the at bat means something to them,” Pierce said. “So they go to the plate with a clear mind and great discipline.”

Stehly hit three home runs Sunday, tying the program record for most home runs hit by a Longhorn batter in a single game. Stehly said that he stuck to the same hitting approach even when he knew he was seeing the ball well Sunday.

“It’s easy to go up there and start swinging big, but you have to stick to your approach,” Stehly said. “I have a long drive approach, and that’s been working, so I stuck with that.”

Texas begins its conference season next weekend when it travels to Lubbock to face Texas Tech.

“Our kids are ready for the challenges, and it is going to be tough,” Pierce said. “Our league is tough, we know that. But I think our kids are excited about it.”

Texas will return to UFCU Disch-Falk Field when it takes on the Central Arkansas Bears on Tuesday night.