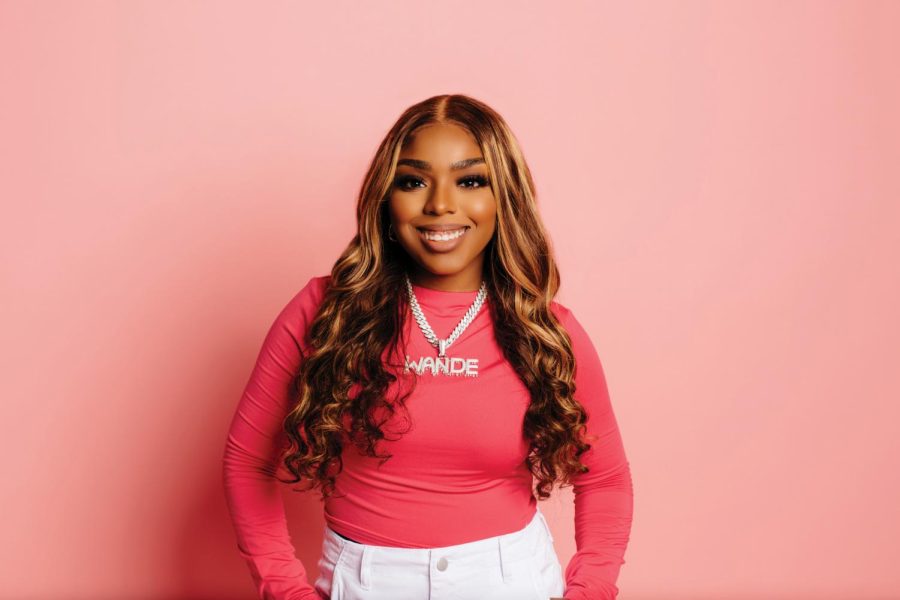 Editor’s Note: This article first appeared in the March 8, 2022 flipbook.

Wande Isola’s rap career started in an unlikely location — a high school classroom. When Isola’s freshman biology teacher gave the class the option of creating a rap instead of an essay or PowerPoint, Isola said she jumped on the opportunity to take a more creative approach.

After performing her biology-based rap at the head of the class, Isola’s friends celebrated her newfound talent.

“My friends were like, ‘Wow, you’re really good at this. You could be a rapper,’” Isola said. “I noticed a passion for it, (and) I had (also) been really passionate about my faith.”

Isola, who graduated from UT in 2018 with degrees in public relations and journalism, decided to combine those passions as a Chrisitan hip-hop artist. She said her rapping career gained traction through her posts on YouTube and social media, and she hopes to use her platform to further explore her faith and empower women.

Isola signed to the Christian hip hop record label, Reach Records, in 2019. Her debut single “Blessed Up” received 3 million streams on Spotify. This month, she will release new music and go on the “We Are Unashamed Tour 2022” with fellow Reach Records artists.

Isola said her faith plays a pivotal role in her life, and has a similar impact on her music, as  discovering her faith provided her with a sense of passion and self-worth.

“I wanted other people to have the awakening that I experienced,” Isola said. “It didn’t matter what other people thought about me because it was like, ‘Okay, you don’t have to like me, but God likes me.’”

David Junker, an associate advertising and public relations professor, said he was impressed by a rap Isola submitted for a project in one of his classes.

“In addition to being smart, a good writer and creative, she has this vocal talent (that) I didn’t know about until she did that project,” Junker said. “I was like, ‘Woah, she’s for real.’”

As Reach Records’ first female artist, Isola said she views her success and notoriety as a female Christian hip-hop artist as a privilege and looks foward to using her empowering lyricism to embrace her womanhood in the male-dominated industry.

“I’m excited to lean more into my womanhood because hip-hop is very misogynistic,” Isola said. “It can cause women to shy away from their womanhood and be like, ‘Oh, I don’t want to look too feminine because people won’t take me seriously.’”

Isola’s friend and former roommate at UT, Simi Deleawe, said she is excited to see Isola inspire other women with her music.

“Wande’s influence is to empower other women to say, ‘I know there’s not a lot of women in engineering, but I’m going to be an engineer,’ and, ‘I know (rap is) not feminine, but I can make it feminine,’” Deleawe said.

Isola said that with her music and positive messages, she wants people to feel inspired to be themselves and proud of their true identities.

“God gave me (the) unique gift of encouraging people,” Isola said. “I want to encourage you to be who God made you to be and not feel like you have to fit into society’s laws. I will trust who God made me to be.”