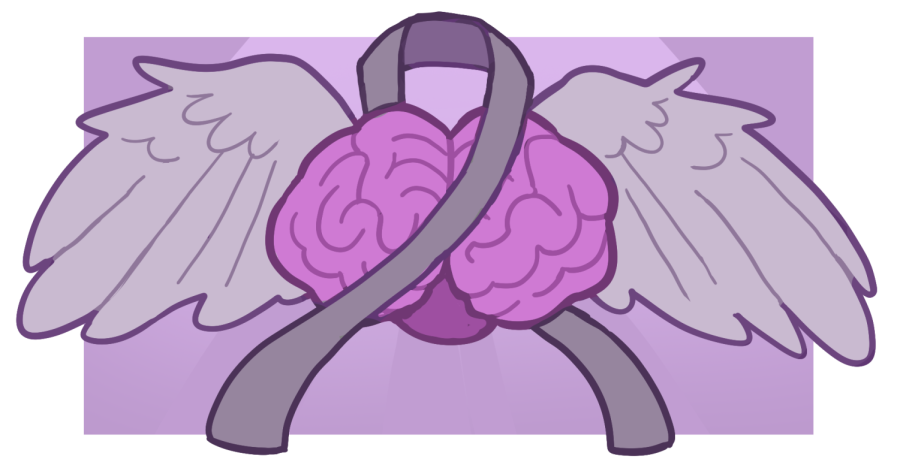 Editor’s Note: This article first appeared in the March 11, 2022 flipbook.

After her dad was diagnosed with the brain cancer glioblastoma multiforme, education sophomore Katherine Snedeker created the Gray for Glioblastoma Foundation to raise awareness and fundraise for the Dana-Farber Cancer Institute, a cancer research center.

“I’m a very action-based person,” Snedeker said. “It just kind of hit me one day. I couldn’t sleep one night, and I was thinking about how much it sucks to Google, ‘glioblastoma.’”

Snedeker said her stepmother, who is in the medical field, easily found clinical trials and access to the top surgeons and care teams in the world for her dad, Craig Snedeker. She said the lack of information and support groups for glioblastoma motivated her to start the foundation.

The goal of the foundation is to create a community for people affected by glioblastoma by providing people with support and resources, Katherine said.

“(Katherine’s) always been a planner,” Russ said. “She’s really passionate about her family and when her dad got sick, she really wanted to do something to help. It just makes sense that her decision was to plan an event that would end up helping him and getting rid of the cancer he has.”

The foundation is hosting its first fundraising event, the Iron Man Gala, on May 19 in Bethesda, Md., Katherine’s hometown. Proceeds from the gala will go to the Dana-Farber Cancer Institute, where Craig is receiving treatment.

Katherine said the gala’s name was inspired by her dad.

“He was always the dad that would pick us up from school even if he had a conference call to be on,” Katherine said. “Every day from elementary school until I graduated high school, my dad would wake me up in the morning, make me breakfast and sit with me before I went to school. I could always feel his love.”

Russ said the Iron Man Gala is not the first fundraising event Katherine has done. In high school, Katherine lost a friend who died by suicide, so she started a fundraiser to raise awareness for suicide prevention.

“This is what is bringing her a sense of purpose and control,” said Katherine’s aunt, Lisa Tewell. “It’s the way she’s able to cope, … she shared (her idea for the gala) with me before she shared it with any of the family, and as soon as she shared it with me, it just sounded right.”

Tewell said she helped Katherine with the foundation by acting as a mentor figure and helping her organize something her dad will be proud of.

“Craig is the glue of our family,” Tewell said. “He’s the outgoing, just-loves-everybody person (who) always wants to get the family together.”

Katherine, Tewell and Russ said the thing they are looking forward to most at the gala is seeing all their hard work come together and getting to celebrate Craig as a family.