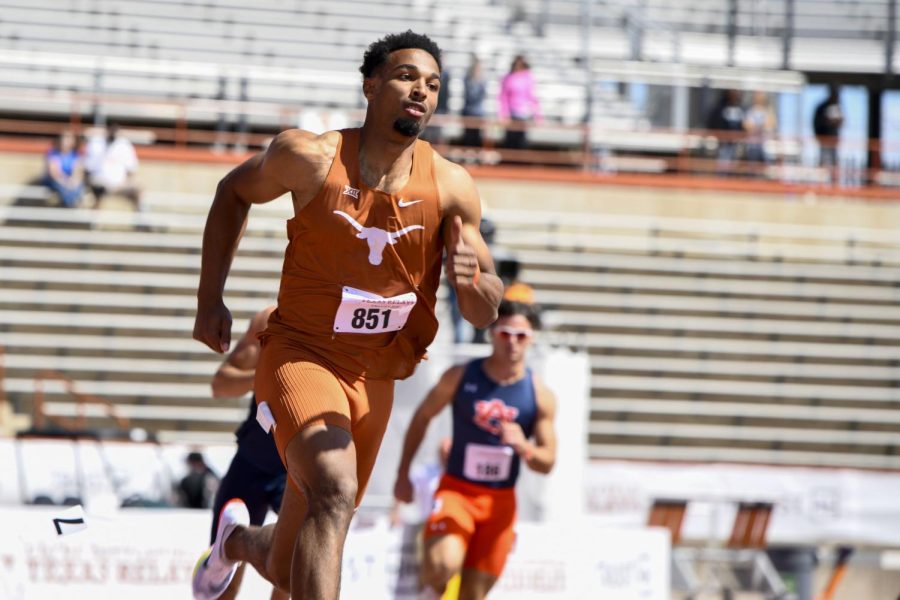 The 94th Clyde Littlefield Texas Relays began Wednesday morning with track and field athletes at the high school, college and professional levels coming together from around the world to compete at Texas’ Mike A. Myers Stadium and Soccer Field for the four-day meet.

The meet was canceled in 2020 due to COVID-19, and only collegiate athletes were eligible to participate in 2021. This year, athletes from each age and skill group were welcomed back for the first full edition of the annual track meet since 2019.

“We’re thrilled to be getting back to what makes the Texas Relays so special,” said James Barr, associate athletics director of events and game operations, in a December press release. “All of the traditional events that make our meet so popular will be back, and we couldn’t be happier to have the ever-popular high school division taking to the track and field again.”

This season, the Texas men’s track and field team enters its famous home meet hot off its victory at this year’s NCAA Indoor Championships in Birmingham, Alabama, just a week and a half ago. Several athletes who helped the Longhorns clinch the title will make an appearance in this weekend’s set of events.

The distance medley relay team of juniors Cruz Gomez, Crayton Carrozza, Yaseen Abdalla and senior Willington Wright won gold in Birmingham with a time of 9:25.20. On Friday, Texas will take the stage in the same event with junior Brian Herron and freshman Cole Lindhorst set to replace Wright and Carrozza. Meanwhile, graduate student Tripp Piperi, who was this year’s NCAA runner-up in shot put with a throw of 21.58 meters, will compete Saturday afternoon alongside his younger brother, junior Patrick Piperi. Accomplished senior Jonathan Jones will run in the men’s 800-meter race Thursday night. At the NCAA Indoor Championships, he placed second with a time of 1:47.93.

As for the women’s team, the Longhorns head into the Texas Relays after placing second at the NCAA Indoor Championships. Senior sprinters Kennedy Simon and Stacey Ann Williams scored second and third place in the 400-meter race, respectively. On Saturday, they’ll both compete in the 200-meter event and race against professional athletes, some of whom will be sponsored by Nike and Adidas.

Texas’ 4×400-meter relay team will run in the Sanya Richards-Ross Invitational event, which also takes place Saturday. The team will race against the likes of Arkansas, Baylor, LSU, and Texas A&M — all teams the Longhorns ran with at the NCAA Indoor Championships. 2020 Olympian Tyra Gittens of Trinidad and Tobago will also compete for Texas this weekend in the high jump and long jump. The senior jumped in both events at the Indoor Championships and brought home the silver medal in the high jump with a jump of 1.90 meters.

This week’s meet will serve as a big opportunity for Texas and other schools to earn a national ranking, as the first edition of the United States Track & Field and Cross Country Coaches Association’s outdoor season rankings will come out March 28.

With a familiar number of athletes from the NCAA Indoor Championships competing in Austin this weekend, top athletes and teams from other universities will make appearances across every event. New names and relay teams will look to claim a spot on the leaderboards in the NCAA Division 1 rankings at the onset of the outdoor season. After kicking off Wednesday morning, the meet features a packed schedule each day for fans through the event’s conclusion Saturday evening.