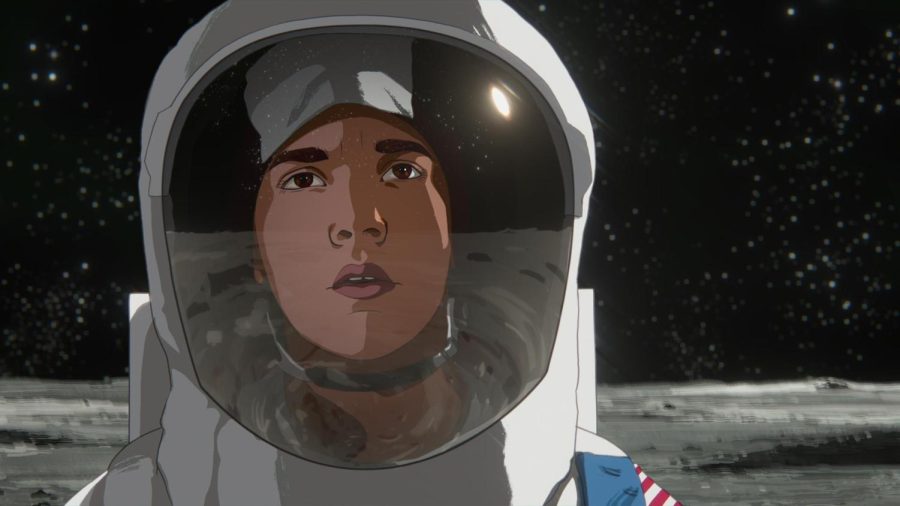 After a two-year hiatus, SXSW finally returns in-person, in its full glory to Austin, Texas. During the festival, which features an extensive education, comedy, music, experience and film lineup, up-and-coming filmmakers get their first taste of recognition and success on the SXSW screen. Texas and UT-Austin filmmakers have an exciting presence at this year’s festival. Check out this Daily Texan-compiled roundup of upcoming screenings that feature Texas talent.
APOLLO 10 ½: A Space Age Childhood
8 p.m. March 13, Paramount Theater

Iconic Austin-based filmmaker Richard Linklater (“Before Midnight” and “Boyhood”) is back with a brand new cinematic experience. “Apollo 10 ½,” conveyed with the rotoscope art style, chronicles the 1969 moon landing from the perspectives of a young kid from Houston with big dreams and the astronaut in mission control during the space expedition. The film features a stellar cast, including Jack Black, Zachary Levi, Glen Powell and more.
2022 UT RTF Longhorn Denius Student Film Showcase at SXSW
8 p.m. March 13,  Austin Film Society Cinema

This student showcase features a collection of short films created by none other than undergraduate and graduate students from UT-Austin. The lineup features a wide variety of content, including a music video, drama, horror and more. Susannah Joffe, local Austin artist and radio-television-film and Plan II senior, has a spot in the show with the music video to her single “Backseat.” A horror film directed by Matt Lennon explores the darkness of the modeling world. Dana Reilly directs a documentary featuring her own grandma and mother sheltering in place during the onset of the COVID-19 pandemic.
MORE THAN I REMEMBER
8 p.m. March 11, SXSW Film Theater

“More Than I Remember” follows Mugeni, a 14-year old living in southeastern Congo, who “sets out on a remarkable solo journey across the globe, determined to reunite with her lost loved ones and lift up the Banyamulenge people.” The animated short seeks to bring much-needed attention to the humanitarian crisis in southeastern Congo. Sebastián Bisbal, who received his MFA from UT Austin’s RTF Program, is one of the main animators on the beautifully designed project. The film is featured in the Texas Shorts Competition Showcase.
FAR WEST
8 p.m. March 11, SXSW Film Theater

Another Texas Shorts Showcase feature, “Far West” follows two men who venture on a mysterious, life-changing journey into the desert. This horror/thriller comes from directing sister duo Grace and Emily Potter. The Texas-based filmmaking team have previously worked with A24 and filmmaker Terrance Malick, but this will be their directorial debut.

Featuring the next generation of creative filmmakers, this showcase highlights a selection of under-five-minute short films directed by high schoolers. Some of the many unique showcases in the story include “I’m Here” from director/writer Grace Eitrheim, which tells the story of a spirit seeking to comfort someone grieving their demise. “In Person Learning,” from director/writer Makayla Esparza, follows a sophomore in high school as she finally experiences her first year off of online learning from the pandemic. Director Henry Segal details the story of a 5-year-old tennis prodigy with “Little Big Shot.”