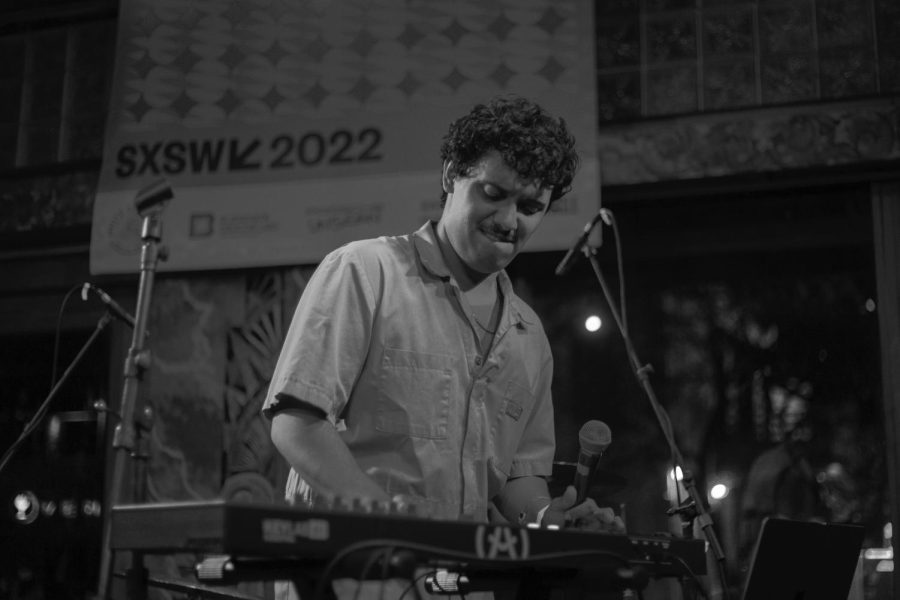 Editor’s Note: This article was first appeared in the March 22, 2022 flipbook.

The best movie at South by Southwest, hands down, was “Everything Everywhere All At Once,” an incredible sci-fi adventure. Directing duo the Daniels managed to take such a strange, otherworldly idea and craft incredibly emotional and heartfelt arcs for their characters. Talking with them about their directing styles, choices and personal evolution was a true highlight of the week.

A close second for best film of the festival was Vanessa and Joseph Winter’s “Deadstream.” This found-footage horror comedy is a true celebration of the playfulness of the horror genre. Featuring wonderfully morbid practical effects and a bonkers leading character, there’s no way audiences won’t smile with frightful delight while watching this flick.

During a coffee outing, an emergency text from senior film columnist Noah Levine led to a spontaneous red carpet interview with Ross Butler, Finn Jones and Diane Kruger. Though Kiernan Shipka was whisked away after a handshake, talking to the “Swimming With Sharks” cast was the best surprise of my week.

Above all, however, the best SXSW moment took place in the presence of the one and only Daniel Radcliffe. Whether to rewatch for a comforting hug, nostalgia or laughs, the Harry Potter films remain a safe space, always there to welcome die-hard Potter fans home. Watching Radcliffe play a villain in “The Lost City” and hearing from him and Sandra Bullock for a Q&A after the premiere was a once-in-a-lifetime experience.

Adding to the excitement was connecting with other Hispanics, such as musicians The Tiarras and Ariel + The Culture, while they shared their art, gratitude and excitement toward SXSW. During the film festival, radio-television-film professor Iliana Sosa’s “What We Leave Behind” left audiences enthralled, grateful to get to know the film’s hero — her grandfather, Julián Moreno.

SXSW offered a look into so many awesome, creative people’s worlds via interviews, music and film. And yes, if anyone is wondering, Kaiya did escape NFTs.

A particularly high point of this week was attending the concert of LA-based artist Runnner. Hearing his song “Ur Name on a Grain of Rice” live is not only a SXSW highlight but a life changer.

During the coverage quest, many Life&Arts reporters encountered the infamous ID check at 21+ venues — a major bummer, which greatly halted the team’s efforts. However, being turned away from an intended set led the team to finding a surprise artist who gave one of the best shows of the festival. Watching So!YoON! at the Jaded showcase was an out-of-body experience.

Above all, this week strengthened and tightened the bond between the existing LARTS reporters and SXSW Daily Texan team. The LARTS SXSW group chat offered a space to let out frustrations, and I know that these are the memories I will hold close to my heart forever.

After having consumed many, many coffees and shaking during interviews due to high caffeine ingestion, this NFT escapee has only this to say — thank you SXSW for an absolutely unforgettable week.