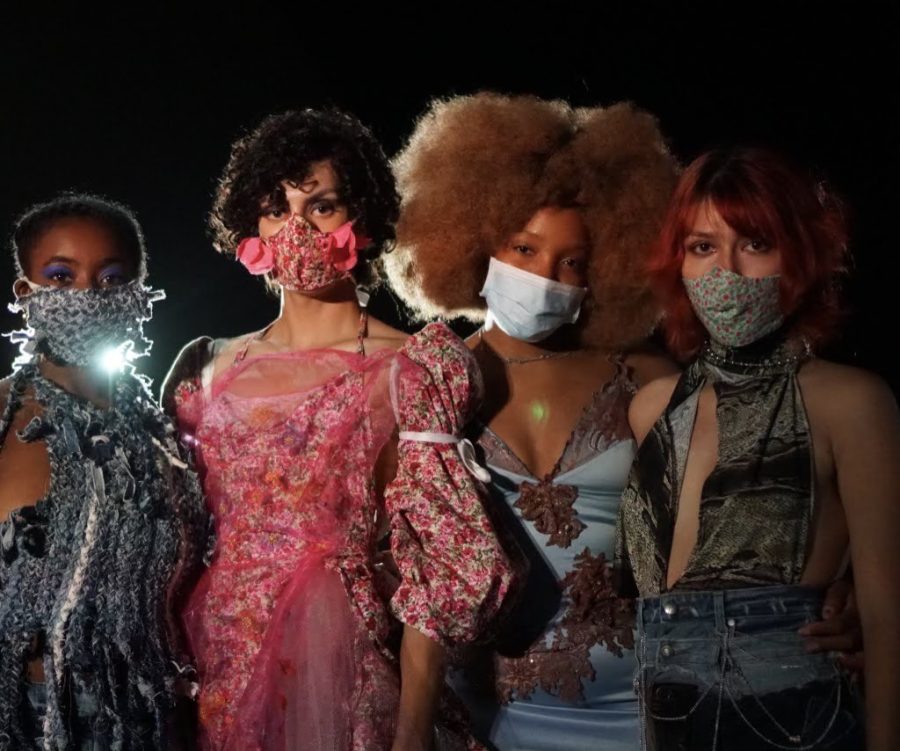 Hand sewing a new outfit for her American Girl doll, 7-year-old Nina Rivela fell seamlessly into fashion. A designer from the start, Rivela developed her childhood hobby into a small business.

Rivela started making clothes with upcycled materials in 2019 after taking part in an UT exchange program in Japan. While in Tokyo, she visited an upcycled clothing shop and fell in love with the idea of repurposing used material for the sake of art and fashion. At first, Rivela only made clothes for herself but later developed the project into a small business with her now-ex-girlfriend Dorothy Abu.

The two created a website and Instagram in May 2021 called Dinas Designs where they could sell their clothes and designs to other Austinites interested in recycled fashion. Rivela and Abu also sometimes sold their clothes at pop-up markets in the Austin area.

Since they broke up, Rivela has halted selling, but she is working on creating a website of her own. Right now, she’s brainstorming a new name for her brand, but, in the meantime, she started an Instagram where she posts her art and clothing.

“(My goal) is to reduce waste and be inspired by things that have come before (us),” Rivela said. “We’re always consuming more and buying more and getting new things. (My goal) is creating something new out of something old and being able to clothe people and myself and make some money off it.”

Rivela said she finds creative inspiration in the materials around her. Whenever she sees a unique fabric or an old piece of clothing, she said she sees potential and envisions what she could turn it into.

“It’s cool to see her see the potential in a garment,” said Maya Robles, a friend of Rivela’s who attends the University of Southern California. “Just this last weekend, she came and visited me, and she brought this dress that she was working on. She was like, ‘Oh, try this on. I want to see how this looks.’”

Rivela said she models her creative flow after artist Yayoi Kusama, who often uses dots and repetitive shapes in her work. Rivela said the abstract designs and repetition caught her eye immediately.

“(She’s) one of my major inspirations,” Rivela said. “A lot of my work is often denim patches. Repetitive denim patches create a repetitive (pattern) similar to (Kusama’s) work.”

Carmen Rivela, Rivela’s sister and 2017 graduate, said she relishes watching her sister go through the creative process. From Goodwill clothes, to fabric scraps, to the old clothes of her neighbors at her co-op, Carmen said Rivela knows how to turn anything into her own creative piece.

“It gives her a brightness and excitement,” Carmen said. “You can see her focusing on an idea that really brings life to her.”

On top of posting on social media, Rivela is working on building a new, individual brand and selling her designs on Depop. Whatever her next projects develop into, Rivela said she can’t wait to find her fashion stride.

“There’s a lot of problem solving that goes into making something fit right or making a fabric work,” Rivela said. “It’s just fun and creative, and that’s my favorite part about it. I like getting lost in the creative process.”