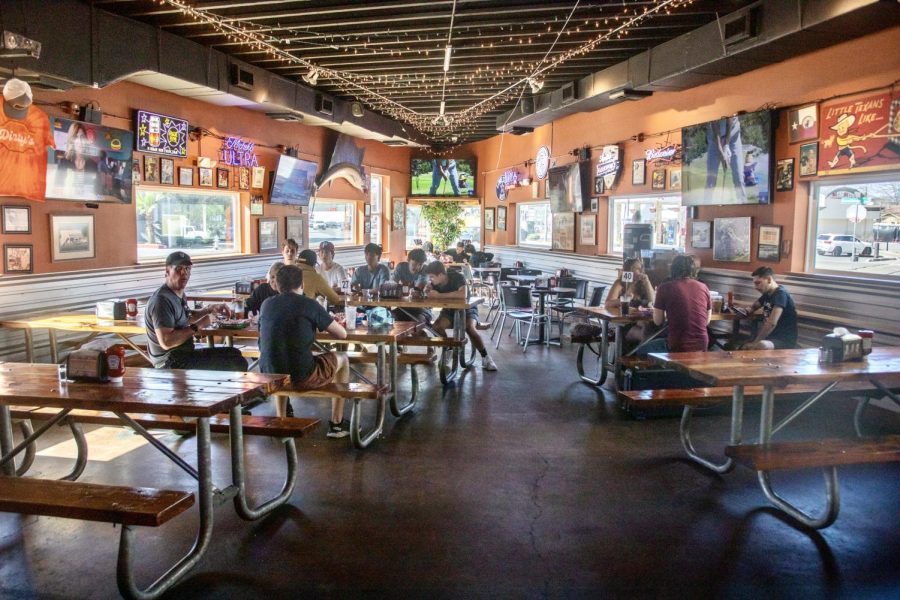 The new Orange Line, expected to be operational by 2029, will span 21 miles connecting North to South Austin along 22 stops, and will require the city to demolish property along the planned route.

Some community members feel the benefits of new public transit outweigh the legacy of the restaurant. Others see the history of Dirty Martin’s and its connection to the city as too remarkable to be lost.

Mark Nemir, owner of the restaurant for 33 years, said he was not informed of any plans of demolition until Oct. 13, 2021. He identifies his restaurant as a piece of city history that his family has been involved with since his grandfather bought the property in 1936.

“It has been a really neat experience to keep the restaurant going,” Nemir said. “It is a family place, especially on the weekend (when) you see lots of kids. I’ve watched kids grow up.”

He said his 20 employees, some employed for over two decades, make the business what it is. Nemir said general manager Daniel Young has been eating at the restaurant since he was just a child.

“Daniel runs the place. He sets up a lot of the functions, fraternity or sorority gatherings, birthday parties, wedding receptions, and graduation parties,” Nemir said.

Young is also responsible for creating the Change.org petition which has now reached more than 10,000 signatures.

UT alumni Barbara Cantu and Benjamin Perez have already signed the petition since hearing of the CapMetro plan.

“They serve great food and I like the ambience of the place,” Perez said. “I am also a sucker for history so the fact that it is almost 100 years old is impressive.”

James Potts, a mathematics and African diaspora studies freshman, said that for beneficial public transportation, any restaurant can be justifiably torn down.

“The Orange Line route would reduce travel times for UT students who commute from North or South Austin,” Potts said in an email. “These same benefits apply to Austinites commuting to work or elsewhere.”

Maxfield said the Project Connect route was created with the help of a community engagement process, in order to identify a locally preferred route. CapMetro will continue planning with partners at the Austin Transit Partnership and city of Austin.

“We are working through the design process, which involves extensive community engagement including property owners and tenants along the routes,” Maxfield said.

Nemir said he continues to attend CapMetro planning meetings to learn more about the effects to his business.

“I never thought that the business would be shut down with me,” Nemir said. “I don’t have any anticipation because I’m not thinking of its demise. I want to get through this. I want it to stay where it is.”