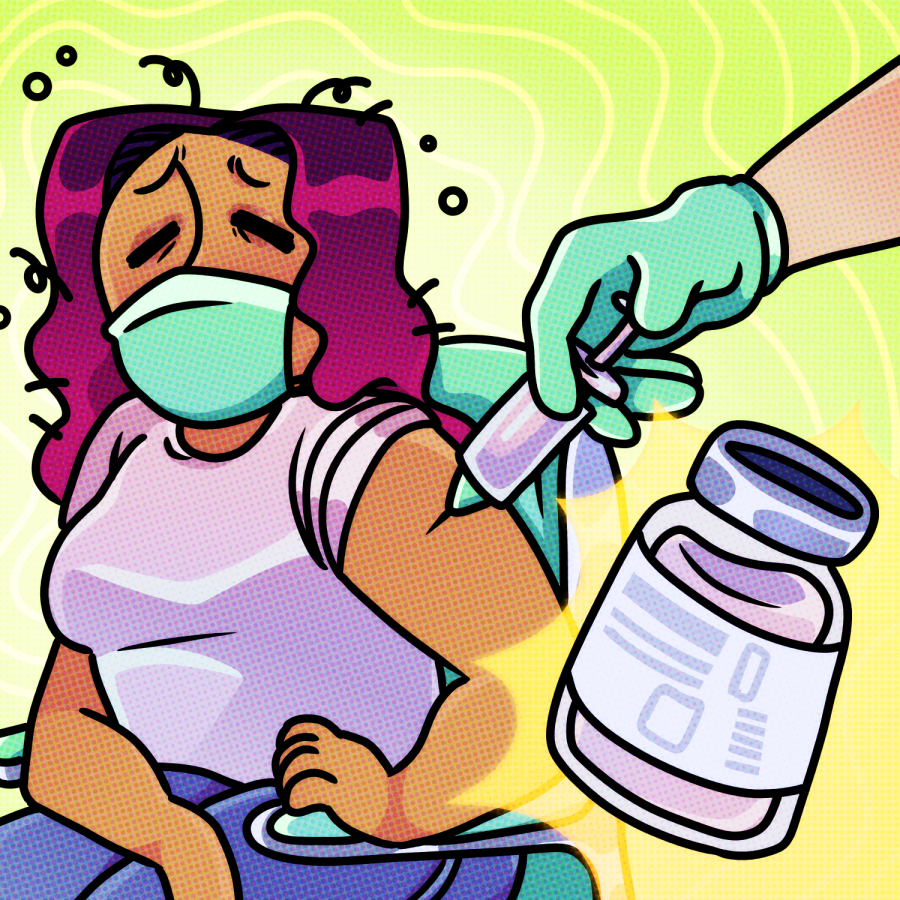 Some of the UT researchers involved in creating the structure-based vaccines used against COVID-19 have potentially created a similar vaccine for a different respiratory virus.

In a study published March 14, researchers describe how a structure-based vaccine could fight off human metapneumovirus. Human metapneumovirus is an upper and lower respiratory disease with symptoms including coughing, fever, nasal congestion and shortness of breath that could progress to bronchitis or pneumonia, according to the Centers for Disease Control and Prevention website. Researcher Jason McLellan said that children, the elderly and immunocompromised people remain the most at risk for human metapneumovirus.

“There’s a large push now to finally create vaccines for many common respiratory viruses and some of the ones that can cause severe infections in children and the elderly. Two of the top ones are respiratory syncytial virus and human metapneumovirus,” said molecular biosciences professor Mclellan. “People get infected with these throughout life, so when you get infected early on as a child, that doesn’t lead to lifelong immunity and you get reinfected again as an adult. … As people become older it can lead to lethal infections and hospitalizations.”

Researcher Ching-Lin Hsieh said the structure-based vaccine works better against the virus because of how scientists stabilize the human metapneumovirus fusion protein, which is on the surface of the virus, by locking it in its prefusion state, which neutralizes the antibodies that act more effectively than the postfusion state.

“It’s important to have a vaccine to treat these viral diseases, and currently there are no viral inhibitors that can treat this disease or prevent this disease,” said Hsieh, a molecular biosciences postdoctoral fellow in McLellan’s lab.

Researcher Scott Rush said locking the protein in its prefusion state allows the immune system to recognize this form of the protein and prevent it from fusing the viral membrane with the host cell membrane, which prevents infection.

“A metaphor for it is (to) think about transformers,” said Rush, a molecular biosciences graduate research assistant in the McLellan Lab. “(It) has two different shapes before the fusion state, and then after it completes its transition, it’s in the postfusion state.”

Hsieh, McLellan and Rush filed a patent application on the protein technology and received approval last year. McLellan said several companies licensed for the technology in use against respiratory syncytial virus and human metapneumovirus. He said the respiratory syncytial virus vaccine is currently undergoing phase three clinical trials, while the human metapneumovirus virus will begin the phase one clinical trials. This is all through the company Icosavax.

“We hope that this will lead to one or more highly effective vaccines that will substantially reduce the global disease burden for the human metapneumovirus and save the lives of elderly and immunocompromised people,” McLellan said.

McLellan said the next step for scientists is to apply the structure-based vaccine design onto other diseases and viruses.

“We’re now looking to apply a similar approach to many other pathogens, viruses, antibiotic-resistant bacteria and parasites like malaria,” McLellan said. “It’s an exciting time, and we (collaborate) with a lot of different pharmaceutical companies (and) colleagues at (the) National Institutes of Health (of) other universities to try to use the structure-based vaccine design approach for a lot of important infectious diseases.”