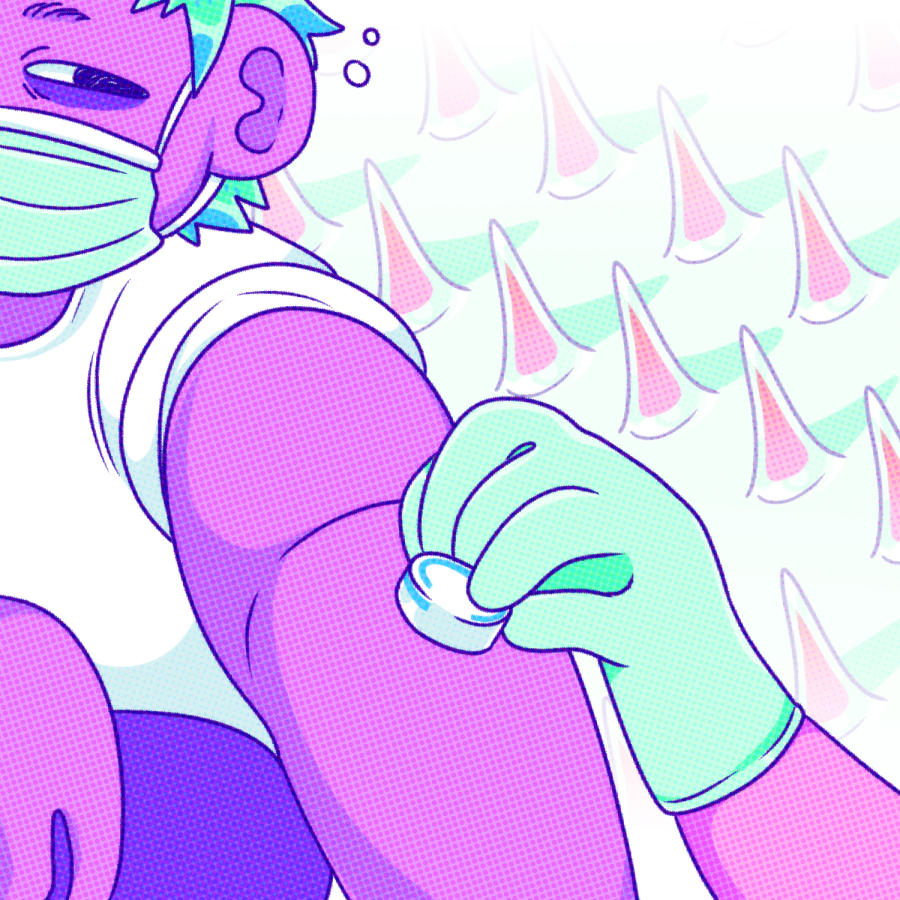 The first COVID-19 vaccine patch is expected to enter phase one of clinical trials later this year as a result of research from a team of UT scientists.

Vaxxas, a company focused on commercializing various vaccine technologies, announced March 23 that it received a license from the University for the HexaPro SARS-CoV-2 spike subunit vaccine. The company plans to put the HexaPro vaccine — created by multiple researchers, including the McLellan Lab — onto the first needle-free, room-temperature vaccine patch. Vaxxas CEO David Hoey said the patch could dramatically increase vaccination rates.

“This is the first COVID-19 vaccine that will be in a room temperature, stable, easy to administer format,” Hoey said. “It has the potential to be used very broadly and very simply, and we think that it’s going to have opportunities not just in high-income countries, but in emerging markets and low and middle-income countries to extend the reach of vaccines.”

The HexaPro antigen is a spike protein that binds the virus to the protein and then traps it in its prefusion state to avoid allowing the virus to spread and worsen in a host’s body. Researcher Jennifer Maynard said HexaPro’s design makes it more stable than other vaccines that require deep-freezing before transport, because HexaPro does not need to be frozen and can survive more varied temperatures and conditions.

“The reason we go into research is (because) we hope to have an impact on the world and change things for the better,” chemical engineering professor Maynard said. “It is extremely rare as a scientist to ever work on anything that gets approved and actually gets used in humans. It’s really amazing that it’s gone so quickly and that it looks so promising.”

Hoey said the vaccine is printed onto the patch and once the vaccine dries, it can be stable for long periods of time without refrigeration. When the vaccine patch is applied onto a person’s skin, thousands of very small projections that aren’t visible to the eye are deposited just beneath the surface of the skin, Hoey said.

“When we do that, it’s in a position where thousands of times the density of immune cells in your skin … activate,” Hoey said. “They grab the vaccine and they bring it to the lymph node for processing. It’s a smarter way to vaccinate because we now understand where the immune cells live.”

The patch is expected to complete the first phase of clinical trials with the HexaPro vaccine antigen this year, Hoey said. Two other trials will follow, each growing in test pool size.

HexaPro can be utilized for other diseases and formulated in many different ways, including one designed to reduce the cost of mRNA vaccines to a quarter whereas other vaccines now cost up to $50 per shot. Researcher Ilya Finkelstein said the ultimate goal of HexaPro and the team’s research is global equity in protection against COVID-19.

“We’re not at a place where the United States in the industrialized world can pretend like COVID is over,” Finkelstein said. “Parts of Africa and South America have basically no vaccination, … and the reason is cost and the difficulty of delivering very sensitive vaccines that require freezers in hard to reach places.”