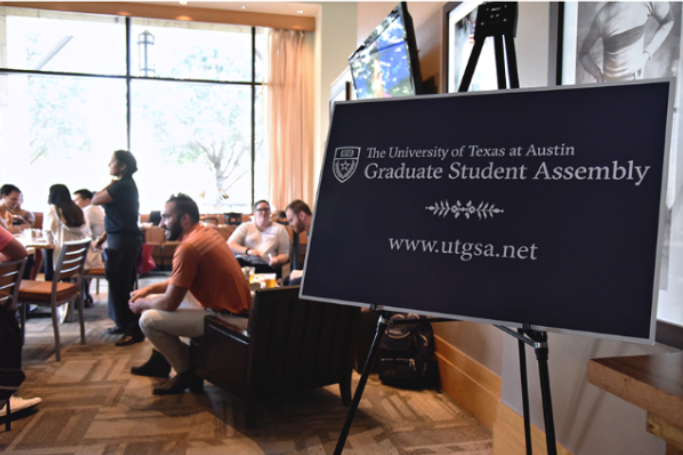 Editor’s Note: This article first appeared in the April 5, 2022 flipbook.

The Graduate Student Assembly passed a resolution March 23 reaffirming their stance that Student Government should cede representation of graduate students.

“How can we best support this effort and make sure they feel heard and valued and that their wishes are respected while also making sure that the grad students that we currently have in our assembly are also not removed quickly,” government junior Murphy said.

Sexton said SG should either cease representation after the next general election or move the current graduate representatives to the GSA for the rest of their term.

“We don’t want to kick them out of the (legislative student organization) LSO world,” Sexton said.

“I feel bad because I feel like I’m stuck in a really weird place where if I wasn’t in SG, I would totally be on the side of the graduate students,” said Sanchez, a public affairs graduate student. “(But) I signed up to be in Student Government. And if I spend half of the year learning the ropes of Student Government, I selfishly do not think I could go to the other side.”

Sanchez said she would be interested in working with both LSOs.

“I don’t think it’s reasonable to ask SG to understand it,” Sexton said. “They have their own fights to handle.”

Sexton said he is concerned about the legislation getting lost in the reform bill, as well as the Dean of Student’s reaction.

“If the reform bill tackles 100 different things, then this relatively small thing could easily get drowned out,” Sexton said.

Murphy said he thinks the change could be beneficial because each LSO can work on their specific area.

“I think it’ll change the dynamic a little bit,” Murphy said. “We can all focus more on our niches, and we can, for those bigger advocacy efforts, come together.”