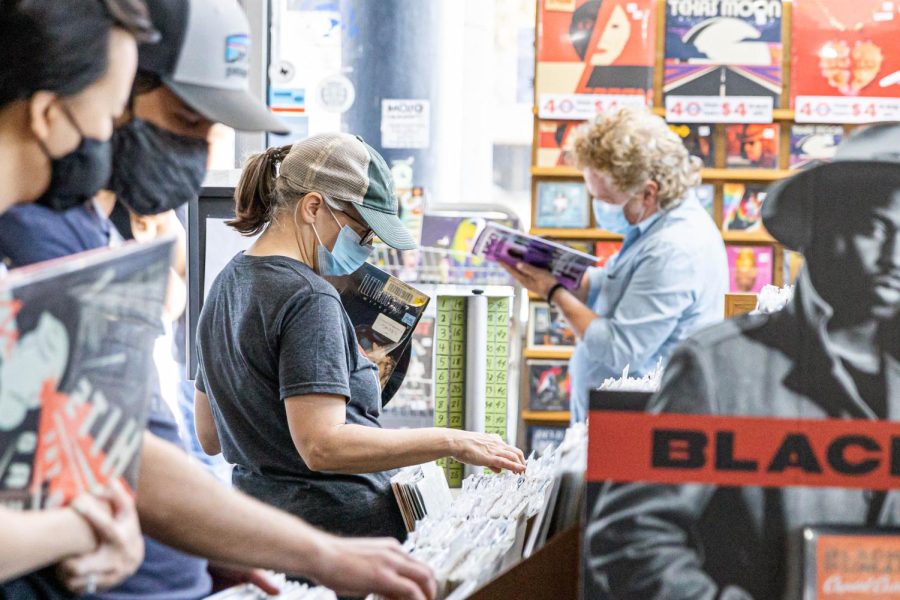 Editor’s Note: This article first appeared in the April 5, 2022 flipbook.

“There’ve been college professors, high school science teachers, lawyers, architects and so forth that have worked here while going to UT or shortly after they got out of school,” Kunz said. “That’s wonderful.”

After working for competing record stores, Kunz and founder Louis Karp opened Waterloo Records together in 1982. Kunz began managing the store independently five years later. Waterloo Records has received the Best Record Store award from Austin Chronicle readers every year since its inception. For its 40th anniversary celebration on April 1, the venue hosted its first in-store shows since the start of the pandemic.

“I have to give lots of credit to the Austin music community itself,” Kunz said. “(They’re) what make it worthwhile for musicians on stage because they get better feedback and appreciation (from) tastemaker fans (and) those (who) breathe (their music) everyday like oxygen.”

Growing up in Austin, Corbin Ledeboer, a computer science and mathematics sophomore, watched Waterloo Records become more expansive over the 15 years he has visited. As an avid collector of CDs, Ledeboer said he loves listening to older jazz music through the medium.

“Every time I go to Waterloo, I can find a whole new section, and there’s so many things to go over,” Ledeboer said. “It’s just a cool place with all kinds of cool art on the walls and tons of interesting people.”

When going to Waterloo Records, music studies and history freshman Jessica Dunlap said she enjoys having conversations about music with knowledgeable staff. Dunlap said one of her fondest memories at the store includes finding The Beatles’ Rubber Soul album in their used vinyl section.

“When you go to a record store, you’re forced to listen to and appreciate the whole album as it is,” Dunlap said. “Everything about it is so specific — the order it’s in, space between the songs, the album cover, whether there’s lyrics on the inside or not — everything is so specifically chosen by the artist.”

While opening Waterloo Records, Kunz said he and Karp intended to create a space where Austinites can connect with one another and discover various types of music. After 40 years of serving the Austin community, Waterloo Records continues to amplify the local music scene and appeal to all.

“When someone is that aging grandparent … play a song from their youth, and they’ll know all the words, (but) they won’t know what they had for breakfast that morning,” Kunz said. “There’s something about the way music imprints itself on the brain that makes music that universal global communicator.”