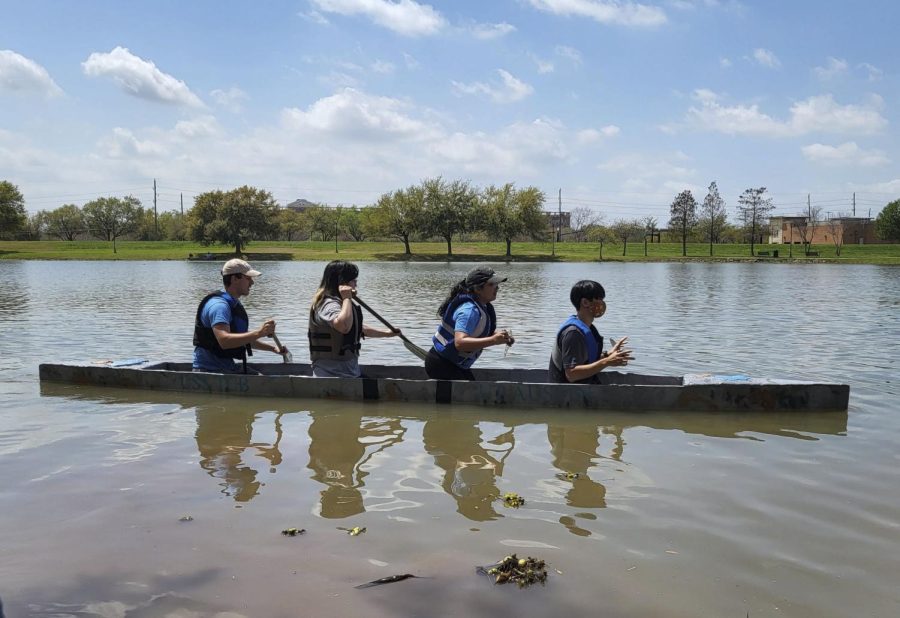 The UT concrete canoe team placed third in a regional competition which took place in Houston, Texas, from March 30 to April 1. This competition marks the first time since the start of COVID-19 that the team built a canoe and tested it out against other competitors.

Concrete Canoe is a student organization under UT’s chapter of the American Society of Civil Engineers in which engineers come together to construct a canoe out of concrete and attempt to get it to float. Robert Gilbert, faculty sponsor for the society and chair of the department of civil, architectural and environmental engineering, said student chapters at UT have participated in the concrete canoe competition since around the 1980s.

The regional competition consists of four major portions, including a test of whether the canoe can float in water and a rowing competition of 200 meters within the same canoe. The canoe itself is composed of a mix of mesh, concrete and foam, weighs 360 pounds and is about 19 feet long, according to the team. To get the canoe to float, the structure must be thick enough.

“When you submerge something into a body of water, you have to displace some water,” said Boris Filic, civil engineering senior and co-captain of the concrete canoe team. “The volume of water that was displaced then acts as a buoyant force upward onto the object that was placed into the water.”

This year, the concrete canoe team chose to construct the canoe with a bathtub theme, naming it “U.S.S. Tub,” and used silica fume and chromix to color it with blue water and soap bubbles.

After the team made sure the canoe fit all of the proper structural requirements, it transported the canoe from Austin to Houston.

“If you made (the canoe) correctly, (it’s) going to be strong, so (it) should be able to survive transit,” said An Tran, co-captain of the concrete canoe team. “If it doesn’t survive transit, it probably didn’t deserve to win.”

Even though the team put cushioning around the canoe during transportation, a hairline crack, at a point of structural integrity, caused portions of the canoe to crack.

“What happened was that before competition started, we actually noticed that there was a crack going down the side on the walls,” civil engineering senior Tran said. “I first noticed a very minor crack, not a big deal. Then it just started expanding, so what we think happened is that maybe we weren’t careful enough.”

Event judges gave the UT team permission to patch up the cracks with tape in a rushed attempt to get the canoe ready for the competition.

Filic and Tran said they were happy to finally test the canoe in water and conclude the year successfully with a third-place competition win.

“One thing that I love about concrete is the opportunity that it allows for civil engineering students to really put into practice a lot of the things that we’ve learned,” Filic said.