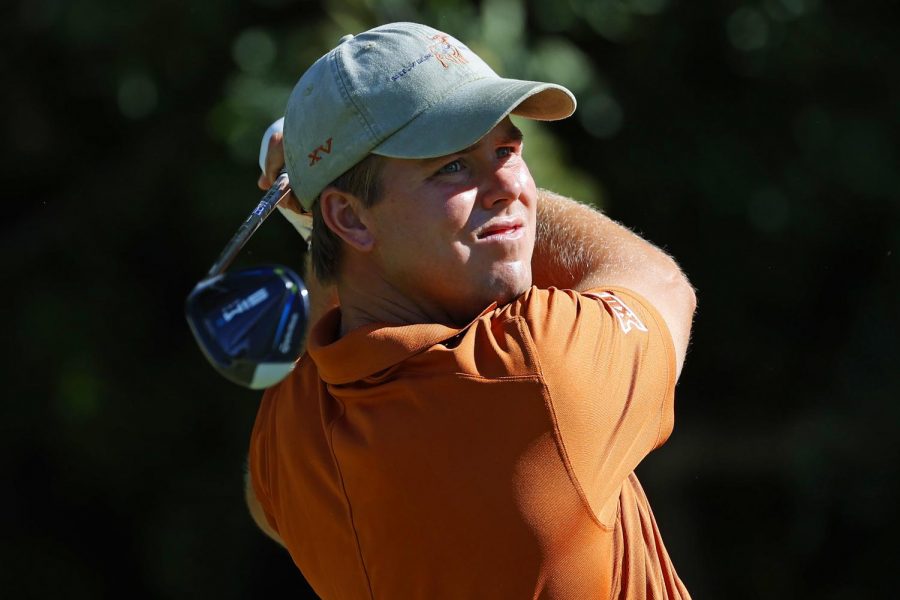 The No. 9 Texas men’s golf team traveled to Santa Cruz, California, where it won the 75th annual Western Intercollegiate.

The tournament was held at Pasatiempo Golf Club, a course that features a par of 70 and is 6,615 yards long.

After round one, Texas recorded a total team score of 371, putting the team in second place, two strokes ahead of No. 6 Washington and one stroke behind No. 8 Pepperdine.

In only his second tournament back from injury, senior Pierceson Coody led the Longhorns on day one, finishing tied for first with a score of 70. Senior Cole Hammer and junior Travis Vick both finished with scores of 73 to be tied for 12th place.

Coody has kept his return strong. After winning his first tournament back, he was named the Big 12 Men’s Golfer of the Month and added to the spring watch list for the Haskins Award. The Haskins Award is given to the most outstanding college golfer, in memory of Fred Haskins, a club pro who spent his life developing and mentoring amateur golfers.

On day two, Texas pulled into first place, and Coody held steady in a tie for second place with a score of 72. Hammer scored a 70 to pull himself into a tie for fourth place, and junior Mason Nome a 66 to move into seventh. Vick recorded another 73 and moved up one place to tie for 11th. The team finished with a total score of 357 for the day.

Coody recorded a 69 in round three to tie for second place with BYU’s Carson Lundell and Colorado State’s Rasmus Hjelm, who all had total scores of 212.

Vick, Nome and Hammer all tied for seventh place with respective scores of 68, 70 and 71 in round three and total scores of 214. Freshman Alejandro Gonzalez had his best round of play in the tournament, scoring a 69 that featured an eagle on the 13th hole.

All Longhorns scored a 72 or under in the final round, leading Texas to a first place finish. The win was Texas’ second team win in a row, the first coming at the Augusta Haskins Award Invitational. Texas, with a final score of 1,075, beat out No. 8 Pepperdine by one stroke and No. 6 Washington, who had a total score of 1,091 to take third place.

The Longhorns hope to continue their success starting April 25 at the Big 12 Championship tournament at the Whispering Pines Golf Club in Trinity, Texas.