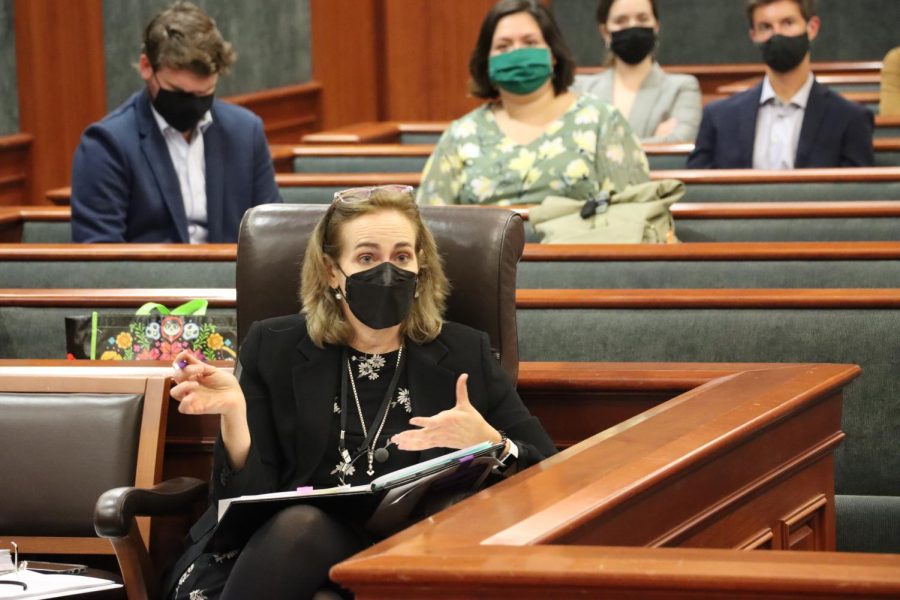 The Supreme Court of the United States ruled 8-1 that the state of Texas likely violated capital inmate John Ramirez’s religious liberty rights when it denied his request for his minister to pray and lay his hands on him during Ramirez’s execution.

Ramirez’s execution was originally scheduled for Sept. 2021 for the robbery and murder of a store clerk in 2004. His execution has since been postponed. Texas Law alumnus Seth Kretzer collaborated with the UT Law community to defend Ramirez and obtain the March 25 SCOTUS decision.

“You’re standing in front of these godlike figures you’ve been hearing about your entire life, standing 10 feet in front of you,” Kretzer said. “That’s a little humbling for the legal arguments when you represent someone on death row.”

“Being able to turn to our Law and Religion Clinic and have them … use their contacts and resources … to turn around an incredible brief is an amazing resource that was available to us and to the students,” Eskow said.

Collis said that because the case was expedited, normally months-long work had to be finished in weeks.

Ward Farnsworth, dean of the School of Law, said in an email that multiple faculty members and alums of the law school were involved in the SCOTUS case.

“Our clinics, the faculty and their students are top-notch,” Farnsworth said. “The stakes are high and real, and the clients who use our clinics are always in good hands.”

Ramirez’s new execution date has not been set, and following the SCOTUS decision, the prison system put out a statement saying they’re not revising their written protocol on whether inmates have religious liberties on their execution date, Kretzer said. However, the case ruled that Ramirez has the right to a pastor by his bedside during his execution.

“That’s a problem, because that protocol doesn’t say a word about what a pastor can do or can’t do,” Krezter said. “The Attorney General’s office needs to come up with what position they want to take, and you know what, we’ll litigate against it.”