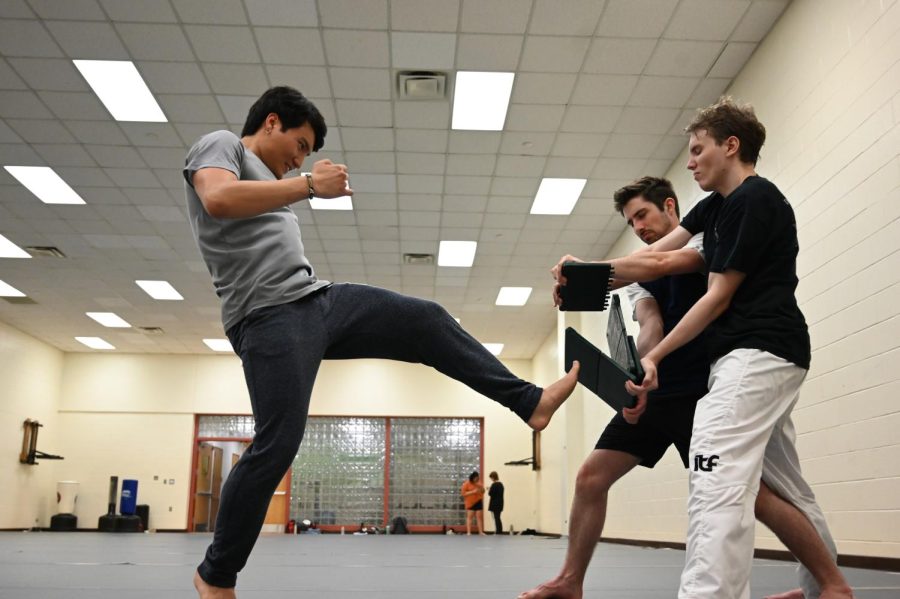 Shachi Patel followed the list of moves in her head, her body mimicking the steps ingrained in her memory. She shrugged off the anxiety chewing on her nerves. Every practice, every spar and every injury led to this moment on the mat in Midlothian.

Her efforts reflected in the gold medal around her neck minutes later.

UT’s branch of the International Taekwon-Do Federation, a RecSports sponsored student organization, trains around 20 University students in fundamental tae kwon do exercises, patterns, body conditioning, self-defense and board breaking. In past years, the federation sent numerous students to Asia, Europe and South America to represent UT in international tournaments.

On April 9, UT chapter members received medals at the ninth annual Lone Star Invitational tournament in Midlothian, Texas, which hosted clubs from not only Texas but California, Florida and Argentina as well.

Members of the club received numerous awards at the invitational, including five bronze medals, one silver medal and one gold medal. Patel, a biochemistry junior and vice president of the club, said tournaments provide members with a goal to look forward to.

“You have all these things in practice you’re working on, and you get to put them into action,” Patel said. “(Tournaments) keep my goals alive because if I didn’t have something to compete at and look forward to, then I wouldn’t train as intensely or with purpose.”

While the group couldn’t engage in any international travel or competition over the past two years due to COVID-19, Patel said the group plans to attend the International Taekwon-Do World Cup in Slovenia in the fall. Luke Lee, biology junior and club president, said tournaments provide the perfect opportunity to test skills learned in practice.

“(The tournaments) keep you on your toes, but that anxiety helps you drive yourself to do as good as possible,” Lee said. “When you win, it’s great. When you lose, it helps you understand what you need to improve.”

While Lee said he doesn’t feel particularly in tune with his Korean heritage, UT’s tae kwon do club has offered the opportunity to engage with a part of Korean culture without feeling out of place, as he believed he would be in a more decidedly Korean student organization.

“If I had joined a club that’s very Korean, I probably would have been a little put off by it,” Lee said. “I just wouldn’t feel like I fit in. While I was looking for an org that had similar roots to my own, I wasn’t necessarily trying to actively bring that part of (the club) out for myself.”

After a long search for school organizations and on-campus communities, biology sophomore Emily Vo said the welcoming environment and close-knit community in the club prompted her to join.

“It’s nice to have people around you that genuinely care and (encourage) your growth,” Vo said. “(With their support), you can handle anything like getting through tournaments because of your team cheering you on.”

Vo also said she admires the personal growth tae kwon do fosters, finding personal values among the challenges and enjoying the improvement in the process.

“It’s helped me with discipline and confidence,” Vo said. “Tae kwon do has positive effects, not just mentally, but physically as well. It’s a good way to challenge myself and grow.”

Despite the complications of COVID-19 and its rigorous seasonal competitions, the student organization ultimately appreciates the culture of friendships formed through their chapter of the International Taekwon-Do Federation.

“We got a lot closer, (and) we hang out together,” Patel said. “My goal is to continue that tradition of being a close-knit group of people that really enjoys working out and learning all the different parts tae kwon do has to offer.”