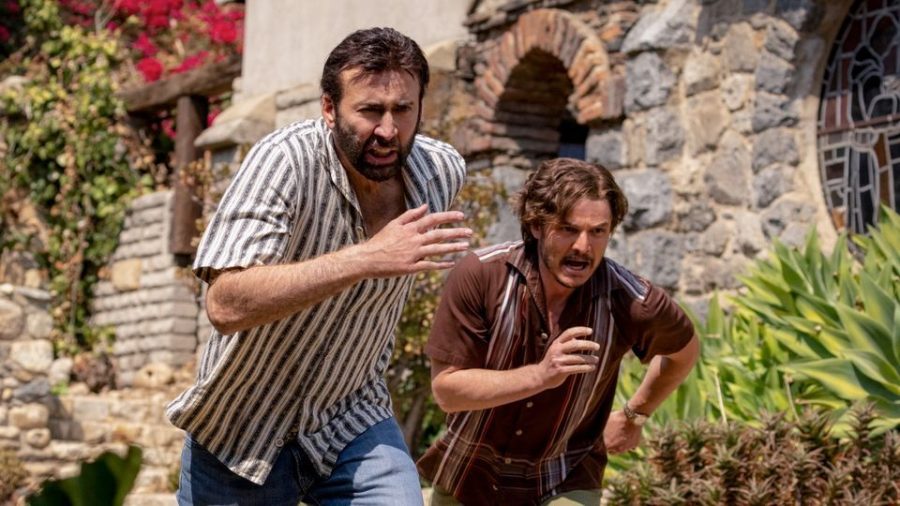 This article contains spoilers for “The Unbearable Weight of Massive Talent.”

“The Unbearable Weight of Massive Talent,” set to release in theaters April 22, follows Nicolas Cage (Nicolas Cage) as he’s offered one million dollars to attend the birthday party of a rich man named Javi Gutierrez (Pedro Pascal). Things take a weird turn when the CIA asks Cage to put a stop to an evil scheme supposedly put together by Javi.

Cage takes on his most intriguing and comedic character yet: himself! Obviously, in real life, he does not behave as arrogantly or rudely as portrayed in the movie, but in watching it, audiences could clearly understand how Cage parodies himself. He leans into the memes surrounding his career, reminding audiences that he remains one of the most iconic and talented actors out there, no matter what role he takes. Similarly to most movies Cage takes part in, he makes this adventure far more entertaining and engaging with his clever wit and dedicated storytelling and character building.

Pascal chews up the scenery as the main supporting character, written as a fakeout antagonist, proving Pascal can simultaneously be the most horrifying villain and endearing sidekick. The suspense surrounding his character creates devastating payoff when audiences realize Javi just wants to be with the love of his life and spend time with his new best friend and favorite actor, Cage.

Cage and Pascal have a chemistry rivaling every prior celebrity duo. They feel like old friends who haven’t seen each other in years, and Cage even makes that joke toward the end. The pair is captivating, comedic and heartwarming, despite some moments that are none of those things. This budding bromance begins when Cage agrees to read Javi’s screenplay and lies, claiming it happens to be the best thing he’d ever read. From there, Cage agrees to help him rewrite it as a distraction to keep doing his CIA work, but he quickly grows in admiration for Javi’s lifestyle after watching one of Javi’s favorite movies, “Paddington 2.” The two of them crying after watching “Paddington 2” feels wholesome and hilarious.

For fans of Cage and his work, this movie has many references to his past work to look forward to, mostly in clips of his older movies like “Face/Off,” but also in a secret room Javi has filled with Cage memorabilia. There’s the ax from “Mandy,” the golden guns from “Face/Off” and even a creepy Cage sequin pillow from Amazon. The best reference comes at the end when Cage discusses his belt with a tarantula on it and jokes that he told his designer that bees would have been a bad idea.

The jarring pace at the movie’s ending hinders the enjoyment of the overall story. It ends too abruptly, giving audiences no time to have a true release of tension. Viewers are left wondering for the first five minutes of the seven-minute ending if they are witnessing a dream or reality. This ultimately hurts the flow.