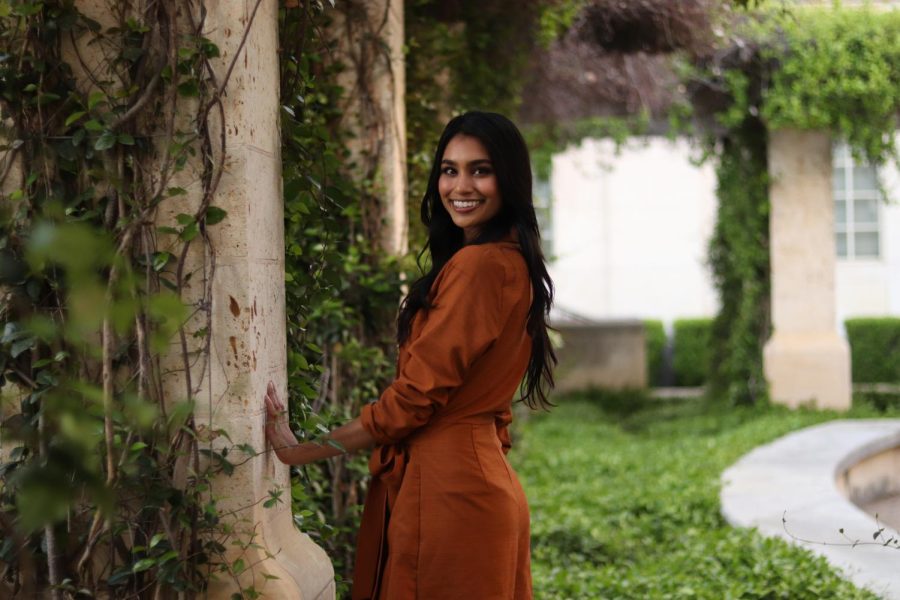 After discovering Clinique’s “Black Honey” lipstick shade, Julia Meah filmed herself recommending the product to other South Asian women who also struggled to find lipstick that looked good on their skin tone. The video, which received one million views, not only kick-started Meah’s career as a TikTok creator, but also landed her a brand deal with the cosmetic company Clinique.

“Growing up, makeup was a huge part of my life,” Meah said. “I remember following all these white YouTubers, and I would try to do their makeup on my skin. A super bright pink would look good on a pale person, (but) on me, that was just so bad.”

Meah, a geography and sustainability junior, began posting TikToks (@geographyj) consistently in March 2021. Now, she has 49K followers. Her most popular TikTok, with 1.3 million views, discusses the importance of the South Asian representation in season two of Netflix’s “Bridgerton.” Along with beauty tips for South Asian women, Meah’s videos focus on social injustice, specifically related to the media representation of South Asian women.

Meah said her community serves as inspiration for her videos. She attempts to focus her content on what arises from conversations with other women of color about their shared experiences.

Meah’s friend, Sandhya Raghavan, said she appreciates how Meah’s TikToks highlight South Asian women and educate about both their lack of representation in the media and lack of inclusivity in the makeup scene.

“Her TikToks are targeted for women of color, especially brown women,” international relations junior Raghavan said. “The topics I talk about with my friends (are the topics) she talks about on a public platform.”

“(Meah) truly values not only the culture that she came from, but the cultures of other people,” nutrition junior Russey said. “She really cares about spreading that to others for the benefit of everyone because she wants to enrich the knowledge of other people.”

Raghavan said she values the representation she found in Meah’s TikToks. While most TikTok personalities focus on maintaining a mainstream comical norm, Raghavan said Meah’s offers a welcoming space to learn from.

“It represents brown women on a very public platform,” Raghavan said. “It also educates people who aren’t aware of women of color representation.”

Meah said she endeavors to become the influencer she needed to see growing up and hopes, by offering this representation and platform, to inspire other South Asian women to embrace their ethnicity.

“I so deeply needed to see someone that looked like me on the internet and TV,” Meah said. “To know there’s gonna be a girl out there that gets to see that and gets motivated to do something because of me is just so healing.”