‘We’re All Going to the World’s Fair’ unsettles with vulnerable performances, ominous atmosphere 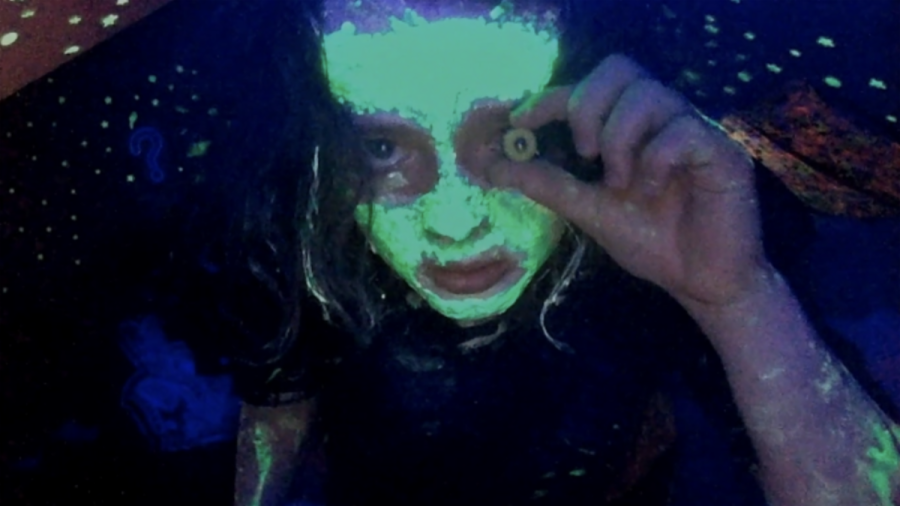 Hot off the heels of the most recent Sundance Film Festival, director Jane Schoenbrun’s “We’re All Going to the World’s Fair” hits U.S. theaters April 15. The unique horror experience follows a teenage girl as she embarks on an infamous online role-playing game called “The World’s Fair.” After initiating the start of the game, Casey (Anna Cobb) begins to experience a series of strange events, all documented via her video camera and YouTube channel.

The amateurish, grainy style of “World’s Fair’s” cinematography injects uneasiness into the entirety of the film. Scenes play out as if they are legitimately occurring in a young girl’s YouTube vlogs, complete with shoddy narration and long, lengthy takes. On the editing front, the film refrains from cutting its frightening visuals, leaving viewers to soak in every inch of what’s occurring on screen. Attention to detail in the production design presents clues and hints at the expanded lore of “The World’s Fair” online game for eagle-eyed viewers.

In terms of scares, “World’s Fair” isn’t necessarily trying to go down the route of a standard supernatural horror flick, but instead holds its cards close to its chest for much of its runtime. Instances where actual horror-adjacent imagery and actions do occur on screen come as a true shock to the viewer. One sequence involving a recording of Casey sleeping makes use of some absolutely nightmarish visuals.

Narrative-wise, the film loosely follows Casey’s descent into the paranoia of the World’s Fair game in chronological order. Due to the mainly found-footage nature of the film, audiences aren’t privy to certain moments in between vlog updates. This results in some narrative progressions that feel rushed and unearned. A brief perspective switch to Michael J. Roger’s JLB, another YouTuber tracking Casey’s horrors via her vlogs, provides an intriguing alternate angle to the story at hand while focus moves away from the original protagonist.

In her debut feature film role, Cobb gives an incredible performance in the role of Casey. Never once feeling too unrealistic or exaggerated, Cobb conveys a sense of innocent yet desperate intrigue as Casey. Cobb’s somber vocal delivery of dialogue and effective chemistry lure viewers into her monologues, as if we too are tuning into her spiral of YouTube vlogs. Rogers’ dryness and ambiguity capture viewers in much of the same way, provoking them to try and uncover his true motives.

By the time the credits roll, it’s difficult to reflect on the true meaning of what played out on the screen. However, one thing is for sure: “We’re All Going to the World’s Fair” has an extremely unsettling atmosphere paired with two haunting and ambiguous leading performances.