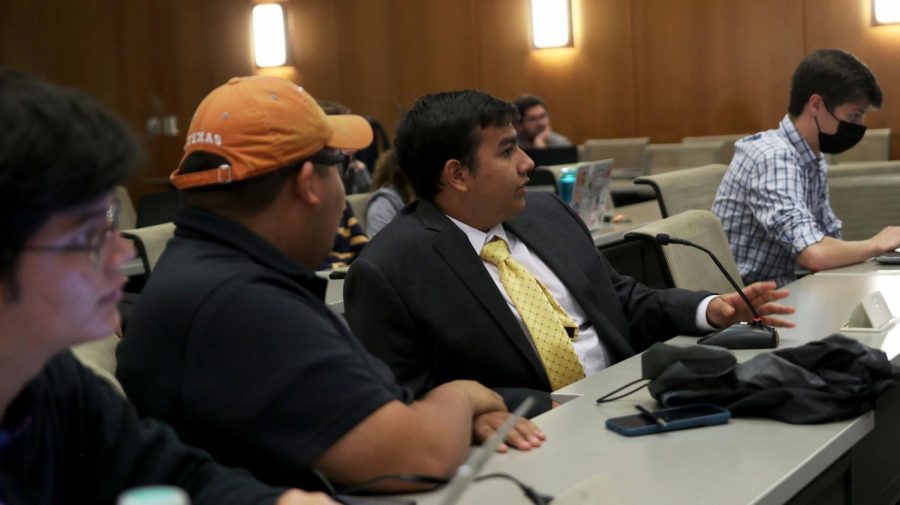 Student Government passed an accountability amendment to their governing documents as part of a series of reforms on April 26.

The Transform SG Initiative Act includes reforms such as creating agency oversight and communication committees, releasing a formal budget report and implementing procedures for allocating unused funds from the year. The act addresses student concerns over the lack of financial transparency and general accountability that led to articles of impeachment last November.

Student body president Leland Murphy said he wants to rectify the constitution so as to not repeat the wrongdoings of the last assembly and improve it for future assemblies.

“Everything (that) went down last year was a result of structural things that could have been addressed,” government junior Murphy said. “(We want to) make sure SG and our procedures  … allow us to operate in the way that best benefits students.”

The bill emphasizes transparency and accountability with clauses that mandate an address to the student body every fall and create procedures for updating SG members on the progress of passed legislation. University-wide representative Adrian Tristán, who co-authored the bill, said the writers focused on accountability since that was a platform many representatives ran on this assembly.

“This stems from students losing trust in student government because of the harm (SG) perpetuated,” government freshman Tristán said. “We worked on adding professional integrity guidelines and ethical standards which would … hold (SG) to a higher standard.”

In addition to ethics reform, the amendment addresses budget reform, including a clause mandating that SG inform the student body about where funds are being allocated. SG also implemented a Budget Community Working Group earlier this assembly that is open to all students, which will take student consideration into account when reviewing fund allocation.

“We passed AB1, a very substantive bill to amend our governing documents, the largest amendment to our governing documents in over 10 years,” government junior Roberts said. “That’s something we can definitely go back to students and know that this SG, this 116th assembly with this president, (is) working to improve our organization.”

This act follows the Ethics and Reform Act that SG passed at the end of the last assembly. SG plans to introduce a third and final reform act in fall 2022 that will address judicial reform, graduate students’ place in SG and a zero-tolerance policy for sexual misconduct. Roberts said they will write the legislation for the third act this summer.

“We’ll be working on a lot more other things in a … slower process (and will be) a little bit more deliberate on the more contentious items that weren’t included in this,” Roberts said.

“The overall collection of all the reforms make it something that is impactful,” said Getachew, a government and business freshman. “I think it sets a precedent of hope. This is just one of many (acts) and hopefully it shows that we care about (students) and we want to be there for them.”