The Daily Texan’s summertime playlist to soak up lonesome woes 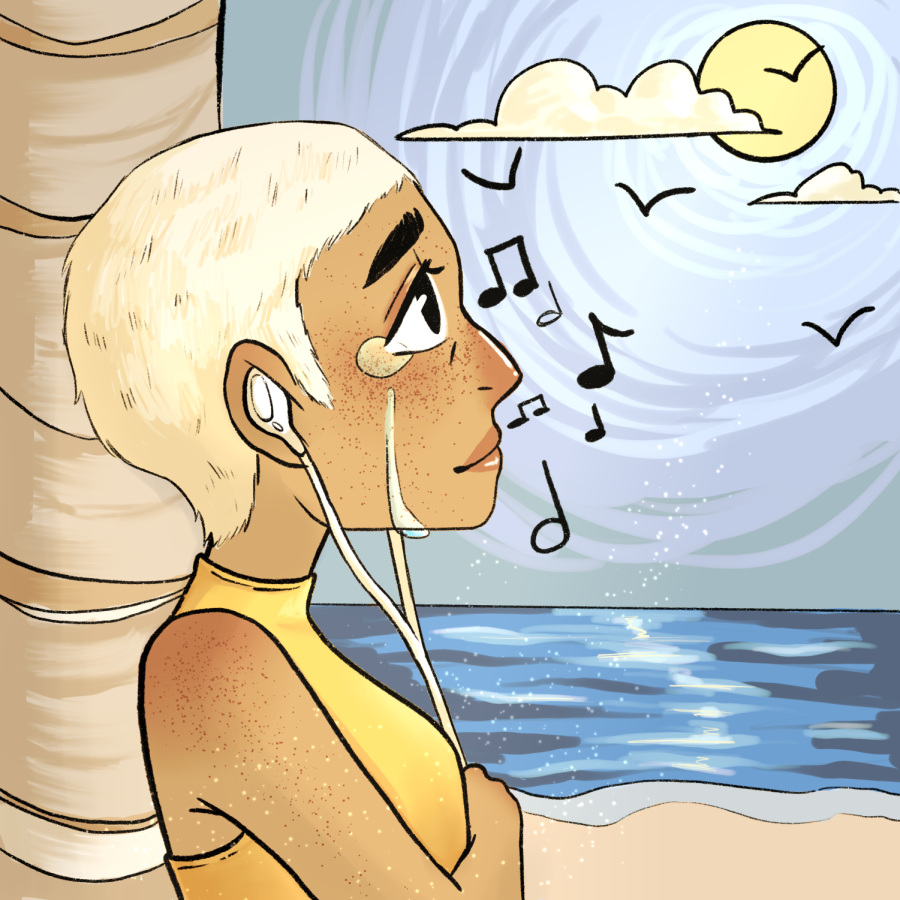 As summer — in all its blazing glory — nears, most look forward to a time free of stress or academic commitment. However, for some, being away from friends and the social experience of college can make for a so-called “bummer summer.”

Looking for some tunes to escape this time’s painful or mundane moments? Check out The Daily Texan’s “Bummer Summer” playlist — a compilation of songs to listen to when summer break hurts most.

“SWEET / I THOUGHT YOU WANTED TO DANCE” by Tyler, the Creator

The first half of this track is, well, sweet. The soft instrumental reminiscent of the 90s sounds like pure love, or at least peace to the ear. In heartfelt lyrics, Tyler chronicles a prior experience with a beloved partner.

The second half picks up a little bit, with a lively tropical sound juxtaposed with lyrics of Tyler’s disappointment being led on. Sometimes summer flings go wildly wrong. Tyler offers listeners understanding with a tune to belt out after that summer flame dies out.

The soft, mellow voice of Kali Uchis reminds listeners that it’s okay to be alone instead of in pain. Surrounded by summer haters? Uchis recommends taking solace in lonesomeness, especially when surrounded by unpleasant company.

Uchis’s lyric “But if you don’t want me now no boy I don’t want you later,” serves as a message to keep one’s self-respect even when it’s hard.

“Nobody” plays on themes of isolation and seclusion. Mitski perfectly captures the emotions of extreme pain and loneliness one feels when they have no one to talk to or sing with. Throughout this track, Mitski lets her listeners know that, no matter the circumstances, they are never completely alone. Someone cares.

“The Lucky One (Taylor’s Version)” by Taylor Swift

Swift’s new and improved version of “The Lucky One” captures the existential dread of dealing with fame. Swift paints a vivid picture with her lyrics, spreading fear and isolation throughout the song.

With lyrics such as “they tell you that you’re lucky, but you’re so confused / ‘cause you don’t feel pretty, you just feel used,” Swift speaks to her experience burned by fame. Swift teaches listeners, even if they are not in a position of glamor, they are still “the lucky one(s).” In this track, Swift reminds her audience that it’s okay to rest, whether that’s by spending summer working on a big project or just hanging on the couch.

“my future” by Billie Eilish

“my future” starts off with a heavenly, sorrowful sound, but gradually ends on a mellow, joyous note. Eilish falls in love with herself and her future, and hopefully others will eventually have the same outcome. “my future” reminds listeners to reflect on their progress throughout the school year and take pride in what they can achieve in the future.

“Remember You” from “Adventure Time,” sung by Olivia Olson and Tom Kenny

From the 25th episode of the fourth season of “Adventure Time” with the same name, “I Remember You” proves that this animated series is more than just a children’s show.

This song hits hardest when experienced alongside the episode. The lyrics dive further into the tragic backstory of one of the show’s major supporting characters and presents a devastating plot twist that changes the tone of the entire series. Looking for a new show to fill the time this summer? Watch this series for a reminder of some of life’s greatest laughs, songs and emotions.