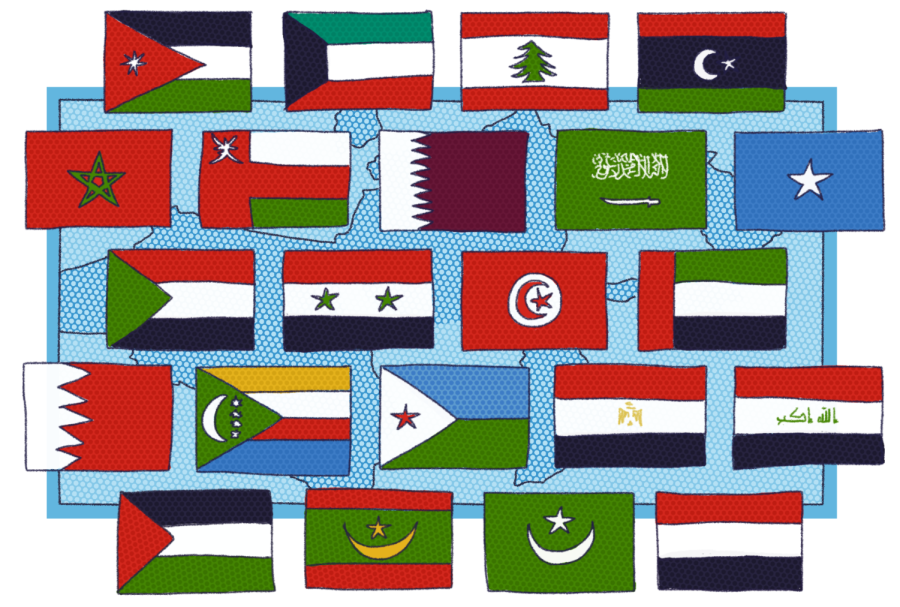 When Youssef Negm first moved to the U.S. from Cairo, Egypt, for safety reasons after the Arab Spring and Egyptian Revolution, he said he felt his Arab heritage weakened by being surrounded by predominantly white peers.

April, recognized as National Arab American Heritage Month, celebrates Arab American heritage and culture, paying tribute to the contributions of the 3.7 million Arab American and Arabic-speaking people from the 22 countries in the Middle East and North Africa. It was first celebrated in April 2017 as an initiative and recognized last April by President Joe Biden.

Born to Lebanese immigrant parents and raised in Houston, nutrition freshman Hadi Noureddine said he recognizes the importance of embracing both parts of his identity, such as by being involved in UT’s Arab Students Association.

“It’s really special to be from a different place because you bring a different experience and a different perspective,” El-Khazindar said. “You can’t forget where you’re from, because where you come from makes up your identity.”

Noureddine said he immersed himself in Lebanese culture while growing up by speaking Arabic in his house, cooking Arab food with his mom and listening to Arab music. Now, after gaining American influence from school, he melds the two identities together.

“I really wanted to immerse myself in the culture because I felt that there was something missing,” Noureddine said. “I always really wanted to be Arab, especially since it’s just my immediate family here and the rest of my extended family is abroad in Lebanon.”

Negm said he was one of many Arab American students who had not heard of Arab American Heritage Month, but appreciated that there was a month where they were respected and celebrated.

“I see people celebrating a lot of different ethnicities, and I’ve never seen anything for Arabs, (so) knowing (about) this (month) made me kind of proud,” Negm said. “Arabs are always experiencing racism, abusive language towards them (and) a lot of different things that shouldn’t they shouldn’t be, (so) they should be promoting this out there.”
Mechanical engineering sophomore and Bahraini and Palestinian American student Noor Khoury said despite being born in Houston, she spent her childhood in Qatar and went to high school in Bahrain. She said she enjoys encouraging that part of her identity.
“I grew up in the Middle East, (and) that’s where my home is,” Khoury said. “When I go back home, I feel at peace. I don’t want to lose that Arab background. I want to keep on displaying where I’m from.”

“This month connects all Arabs together,” Sabri said. “There’s a special charm to being Arab. It’s important to keep that for future generations, so they know their people (and) all the big accomplishments that we’ve done.”

‘You can’t forget where you’re from’