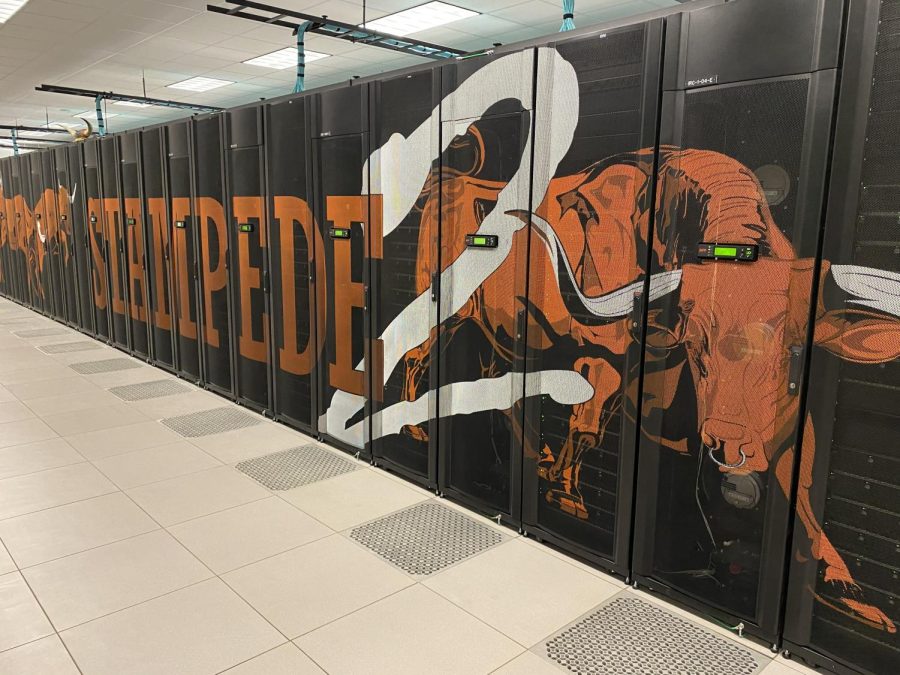 The world’s most powerful academic supercomputer — UT Austin’s Frontera — received its next annual set of projects in early April.

Frontera, the 13th most powerful supercomputer in the world according to the Texas Advanced Computing Center, announced the upcoming annual projects that will utilize the supercomputer, a large highly efficient system. These projects expand across 45 institutions and 22 states, and include research focusing on a wide range of topics from the formation of stars to red blood cell flows. Dan Stanzione, associate vice president for research, said working with such a powerful computer is an exciting responsibility.

“We’ve had Nobel prize winners run on (the) system, and people working on COVID-19 vaccines running on the system,” Stanzione, executive director of the Texas Advanced Computing Center, said. “We’re doing very large scale computational science… and it’s our responsibility to deliver for all those things. It’s exciting (that) we get to work in all the coolest problems at the frontiers of science and engineering and things that will transform society in the decades to come.”

There are 58 science investigations for 2022-2023 that will utilize the Frontera supercomputer, according to the Texas Advanced Computing Center. Michael Grudić, one of the researchers utilizing the supercomputer, said Frontera will allow him to create simulations of how stars are formed.

“I work in astrophysics and the problem that I spent most of my time thinking about is star formation,” Grudić, Hubble postdoctoral fellow at Carnegie Science said. “This process is poorly understood – we know the basic story that stars are forming in these blobs of cold gas and galaxies, but essentially all of the fine details about how that really works are still fiercely debated.”

Grudić said with Frontera’s simulations, the researchers should be able to find out the ways in which gas clouds that form stars move around. They also hope to receive feedback on the ways that stars can then influence the gas around them through radiation. The simulations Grudić and his research team will accomplish on the supercomputer will be the first to tell researchers the probability mass function of stars.

“We’re interested in numerous different questions surrounding star formation, and essentially, any question you might have about the universe will trace back to needing to know how those stars got there,” Grudić said. “Our hope is that we can pick the simulation apart because it has so many different kinds of processes working on it.”

Stanzione said he hopes the impact of the research done utilizing Frontera can be seen far into the future.

“The work of the theory of relativity was now 107 years ago, but without relativistic correctors from NASA satellites, GPS doesn’t work, and if you don’t have GPS you don’t have Uber,” Stanzione said. “Albert Einstein’s relativity work of 1915 led to you being able to get a car to show up with your phone, and I’m sure it wasn’t the intent at the time, but it had a huge both economic impact and social impact over time…we really want to transform science and society through the work that we do.”