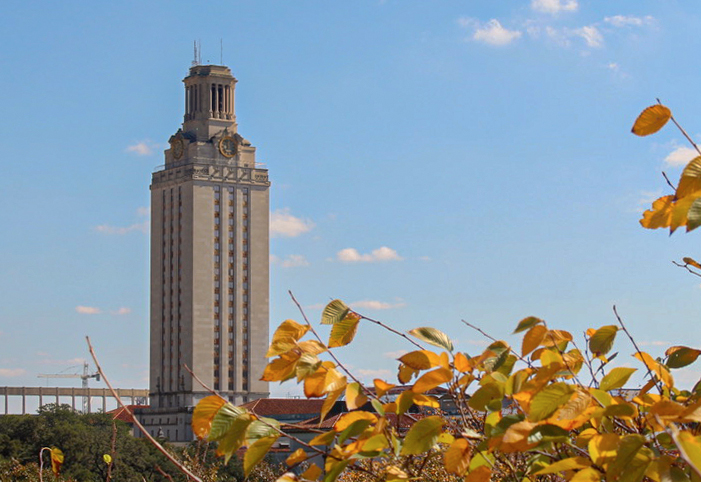 UT is offering eight paid faculty positions to Ukrainian scholars who are displaced or unable to return home as a consequence of the Russian invasion of Ukraine.

“Pretty much all of (the scholars) are from eastern Ukraine, where they’re completely unable to return because it’s under occupation or their universities don’t exist or are not operative anymore because they’ve been bombed-out,” Neuburger said.

Yuriy Loboda, lead researcher at the National Defense University of Ukraine, said he is applying for a position with UT for both safety and financial security.

“All our pupils (are) out on the battlefront, so we have no one to teach,” Loboda said. “My family has left Ukraine since then, and I have to support them.”

Due to a ban preventing men ages 18 to 60 from leaving Ukraine for military purposes, Loboda said he has to wait and see if he can leave before accepting a position at UT.

“This week, it will be clear if I will be permitted to cross the Ukrainian border,” Loboda said.

The positions are temporary, one-year positions for the 2022-23 term. Neuburger said she hopes these positions allow Ukrainian scholars to continue their careers and eventually return to Ukraine. Margaret Luévano, director of international student and scholar services, said it is up to individual departments to determine who is the best fit to work in their open positions.

The new positions are funded through the Office of the Vice President for Research, Texas Global and the individual departments at UT that will hire the scholars, Neuburger said.

“This is why we do what we do, these real connections that are made from these intercultural experiences,” Young said.

Neuburger said she plans to support the scholars in every aspect of the transition to Austin.

“We’re planning on helping them find housing, (and) if they have children, making sure they’re in a good school district, telling them the details of, ‘This is how you sign your kids up for school,’” Neuburger said. “We want to create a community for them with people that invite them to events and things like that.”