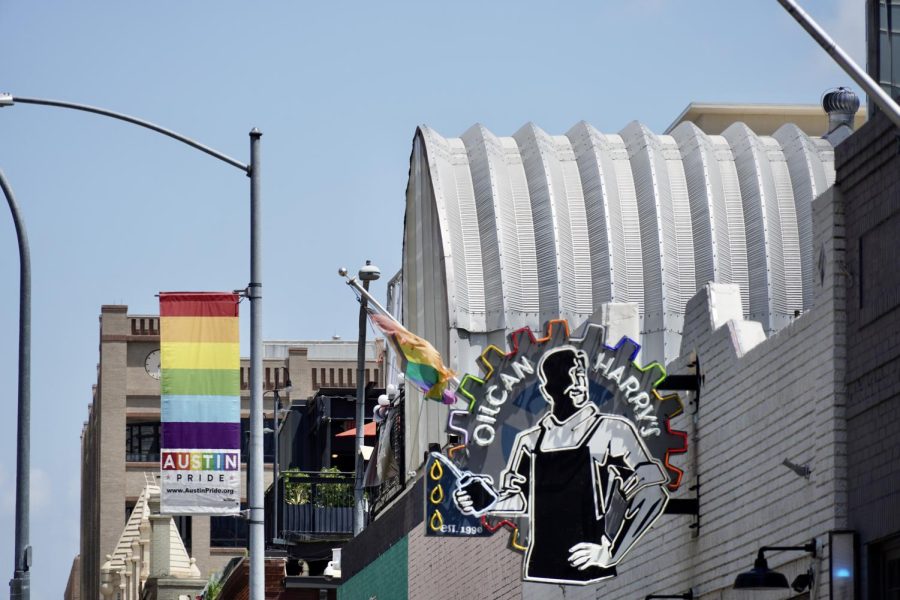 LGBTQ+ bars on Fourth Street face potential demolition in 2023 for the construction of a 400-unit apartment building. Austin’s Historic Landmark Commission Architectural Review Committee must decide whether to designate one of the bars as a historic landmark.

The buildings that are being considered for demolition are on 201 to 213 W. 4th St., which include the LGBTQ+ bars Coconut Club, Neon Grotto and Oilcan Harry’s. If demolition is approved by the HLC, Coconut Club and Neon Grotto will be torn down, but Oilcan Harry’s will only be temporarily displaced, as the bar’s management and developers have been working together to preserve Austin’s oldest LGBTQ+ bar.

David Ott, regional development partner with the private real estate firm Hanover Co., said the firm is working to finalize an agreement with Oilcan Harry’s to incorporate the bar into the ground level of the 400-unit apartment building being built on the proposed demolition site.

Once finalized, the agreement will ensure Oilcan Harry’s as a tenant on the ground level of the new development for at least 25 years, Ott said.

“We’re not trying to take away the LGBTQ+ celebration along Fourth Street, and as it relates to things like rainbow crosswalks (and) flags on facades of buildings, all of that stuff is intended to stay,” Ott said.

The commission will allow public comment at their meeting Wednesday for the community to voice its opinions about the demolition. Many Austinites have taken to social media to express their disapproval of the demolition. A change.org petition, titled “#BlockTheBuild and Preserve Austin’s Historic LGBTQ+ District,” currently has over 4,100 signatures with the total steadily increasing.

“While it can be jolting to see Austin changing, especially when it hits so close to home, the reality is in our downtown location we must work with these changing forces if our community wants to continue to have (Fourth Street) as (a) place to call home,” Neal said in the statement.

Neal said if Oilcan Harry’s is designated as a historical landmark, the building will remain, but the bar will be forced out within 10 years and “what fills the space would not be LGBTQ owned.” Their existing lease is what gives Oilcan Harry’s the leverage to negotiate with the Hanover Company, Neal said in the statement.

Ott said the agreement between Hanover and Oilcan Harry’s is a way to preserve the LGBTQ+ community on Fourth Street while also combating Austin’s housing crisis.

According to the Austin American-Statesman, the owners of Coconut Club and Neon Grotto, which opened in 2019 and 2021 respectively, said their landlord has been transparent about the possibility of demolition since the beginning of their leases.

Ott said current tenants in 201 to 213 W. 4th St will continue to operate until SXSW 2023. Shortly after, construction will begin and will be complete by 2025, Ott said.

“We truly appreciate the overwhelming outreach of concern (and) support from our community,” Neal said. “Ensuring our (Fourth Street) family has a safe space has always been our number one goal. … Rest assured, our mission is to keep (Fourth Street) alive for a long time.”