12-year-old gets accepted at Austin Community College, plans to transfer to McCombs 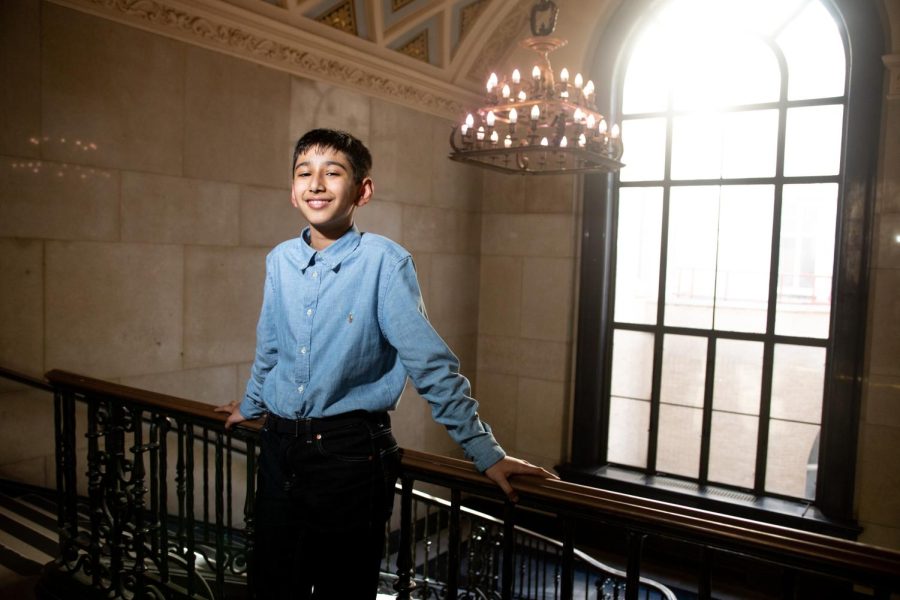 Like many 12-year-olds, Deep Hayer loves to play tic-tac-toe with his mom, basketball with his dad and Monopoly on family game night. He loves cruising around his neighborhood on his skateboard and listening to rap music.

But three months ago, when he was just 11 years old, Hayer’s free time consisted of studying for the Texas Success Initiative Assessment, a test that evaluates how ready someone is for college. Now, Hayer is registered for his first class at Austin Community College. In two years, he said he plans to apply to and attend the McCombs School of Business.

Hayer’s first day of class at ACC is on May 31. He said he plans to adjust to taking college courses by taking one class this summer and more in the following semesters. He plans to enroll in classes at ACC that McCombs recommends potential transfer students take. After obtaining a business degree, Hayer said his plan is to work at his parent’s real estate business.

“We greatly appreciate Deep’s interest in the McCombs School of Business and congratulate him on his accomplishments,” said Ty Henderson, associate dean for undergraduate programs at McCombs.

Hayer currently attends Varsity Tutors, an online school that allows for more flexibility than traditional schools. Hayer said he realized online school was not challenging enough for him early on, contributing to his decision to make the transition to college.

Hayer’s mother, Rosie Hayer said the moment she realized he was exceptionally intelligent was when he started to read full sentences as a kindergartener, particularly when he read a decorative sign that hung in their bedroom: “​​Always remember: you are braver than you believe, stronger than you seem, smarter than you think and twice as beautiful as you’d ever imagined.”

“I remember the very first thing I asked him to playfully read,” Rosie said. “That’s when he actually started reading sentences, so I think for me, that was the one moment that I felt like he had a better sense of adaptability than an average child.”

D’Arcy Natale is the managing director of The Gifted Child Society, a nonprofit that provides enrichment and support for gifted children. Natale said that being gifted is an “asynchronous” way for a child to develop because their cognitive abilities are out-pacing their emotional and social development.

Natale said her advice for Hayer is to continue to socialize with a peer group that is his own age. Hayer said he plans to keep in touch with his current friends, even though he is going to college.

Sonny Rutherford Hibbert, a classmate at Varsity Tutors, said he is going to miss having Hayer in his classes, but he knows they will still keep in touch through common interests like playing Roblox and Fortnite and making music together.

Hibbert said he wants Hayer to know that he will be there for him whenever he gets stressed with college.

“Just take it slow,” Hibbert said. “Don’t overwork yourself and remember you’re still a kid, so still do kid things.”

While the now-sixth grader is skipping the rest of middle school and high school entirely, Hayer  said he sees going to college as an opportunity to slow down.