The Daily Texan • May 5, 2022 • https://thedailytexan.com/2022/05/05/doctor-strange-in-the-multiverse-of-madness-dials-up-the-fright-factor-for-exciting-marvel-horror-experience/ 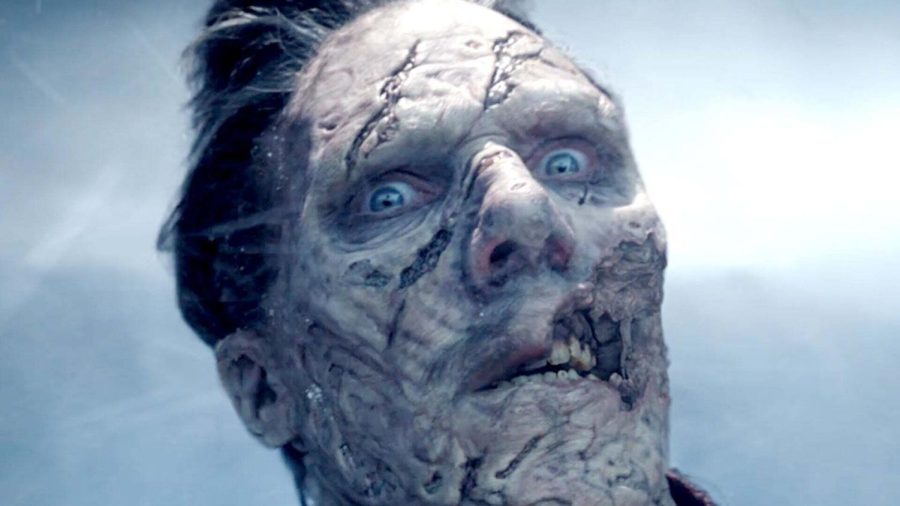 Doctor Strange is back, and he’s not going down without a fright.

Filmmaking legend Sam Raimi joins the Marvel Cinematic Universe to direct “Doctor Strange In the Multiverse of Madness.” Taking place after the events of “Spider-Man: No Way Home,” Doctor Strange (Benedict Cumberbatch) sets forth on a multidimensional adventure when the mysterious and young America Chavez (Xochitl Gomez) shows up on the run from a terrifying threat. As Strange and right-hand man Wong (Benedict Wong) uncover more about America’s pursuer, they realize this threat may be the most dangerous and personal one they’ve faced yet.

As with most Marvel projects, all of the narratives must take from and play into the overall storyline connected throughout Marvel’s shows and films. “Madness” takes heavy narrative cues from the original “Doctor Strange,” “WandaVision” and “Avengers: Endgame,” along with references to the events of “Avengers: Infinity War.”  These universe-building elements are luckily kept to a relative minimum, allowing the current and unique story of this installment to play out as its own individual narrative.

While other superhero blockbusters often seem to limit the unique voice of the directors behind the computer-generated chaos, “Madness” luckily lets iconic Raimi off the chain. Known for his deliciously macabre yet playful work in films like “The Evil Dead,” Raimi infuses a healthy dose of spooktacular whenever he can. Scenes that could’ve otherwise played out in a straightforward fashion are elevated by Raimi’s signature wild transitions, dynamic camera movements and exaggerated horror elements.

Moments with Elizabeth Olsen’s Scarlet Witch are given a noticeable buff of horror. Her character’s movements and action sequences feel particularly menacing, and at times downright sinister. One instance features the character emerging from a mirror, limbs contorting in various directions. Casual fans of Marvel’s superhero antics will surely be taken back by “Madness’’” nearly R-rated violence. Corpses line the remnants of large action scenes, arrows impale resilient fighters and key characters are disposed of in incredibly gruesome ways. At times, audiences may have to remind themselves they’re watching a Marvel film and not a grisly supernatural horror experience.

Narratively, the first quarter of the film stumbles through Marvel’s occasionally shoddy plot-pacing and screenwriting. Intimate moments are often rushed to get to the next excessive special effects sequence, quickly conveying to audiences the speed at which the narrative will progress. Raimi’s style seems to be restricted behind bars for several of these scenes, resulting in lackluster moments with the occasional mediocre display of computer-generated effects. Once Raimi’s true voice comes through, the film finds a stunning and captivating visual stride.

Alongside the expected helping of action sequences, Raimi places in scary moments whenever he sees fit. Chase scenes are slowed down during moments where the assailant is no longer visible, building tension toward the sudden reveal of their whereabouts. Loud music cues accompany startling visuals as the camera charges in that “The Evil Dead” style fans know and love.

Overall, Marvel fans will be overjoyed with “Madness’’” storyline implications, cameos and revelations, while horror junkies will swoon at the exciting return of Mr. Sam Raimi with zombies, demons, third eyes and all.