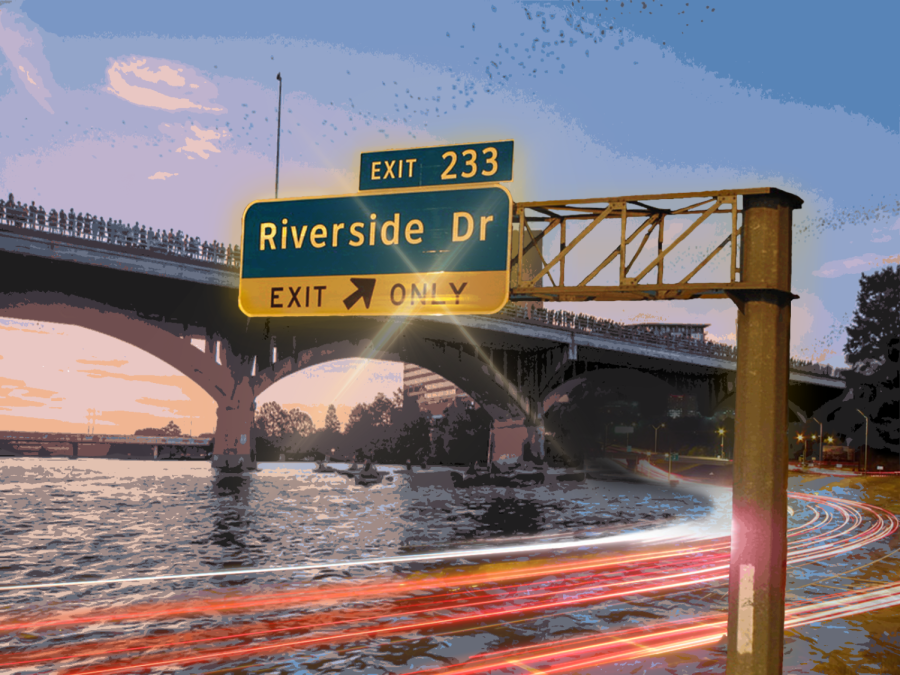 Editor’s Note: This article first appeared as part of the April 8 flipbook.

“Living in Riverside is a rollercoaster.”

With inconsistent bus schedules, limited transportation and insufficient access to University resources, it’s no wonder that government senior and Riverside resident Mariah Sanchez feels this way. This semester alone, students living in the area faced bus delays and CapMetro service disruptions. During Winter Storm Uri, off-campus students were largely on their own in locating food, adequate shelter and clean water. Unreliable transportation, combined with a general lack of UT outreach, has made living in Riverside a taxing experience.

Students in the Riverside community have been neglected for years. It’s unacceptable that students there are continually forced to fend for themselves, and it’s well past time for the administration to support these students. The University must commit itself to better connecting with the Riverside community by adding resources to the area, improving the current transportation system and implementing policies that benefit commuter students.

“Living in Riverside, I’ve had to make a lot of choices, because I don’t have a lot of time,” Sanchez said. “A lot of our time is spent commuting … it’s a very inconvenient hassle because it’s 30 minutes there and 30 minutes back.”

For Sanchez, her day-to-day choices like where, or whether, to eat are heavily influenced by her commute. She said that she often finds herself either staying up late prepping food for the next day or forgoing food altogether while on campus to save money. Unlike students who live on or near campus, students who commute from Riverside don’t enjoy the luxury of stopping by their apartments between classes.

It’s unfair to assume that all students live close to campus, especially as Austin housing prices climb higher and higher. Affordable housing is an imminent crisis at UT, and students are often forced to move farther from campus to mitigate costs. Riverside is an example of a prominent student community that deserves better connectivity with campus. The current disconnect between campus resources and Riverside unfairly punishes students for seeking lower-cost housing.

“If I could have lived closer to the campus for a cheaper price, I would have done that instead of where I’m at now,” radio-television-and-film sophomore Gael Landeros said.  “ … I’m farther away and, well, based on my experiences, (living in Riverside) is not as good as I want it to be.”

Sanchez, along with other Riverside student residents, formed the Rise Riverside coalition to bring the student community together and advocate for more resources from the University and the city. The organization has released a list of demands that include changes to attendance policies, education about commuting, renting and renters’ rights for commuter students, a commuter students center and an expansion of shuttle services.

At the very least, UT administration must meet with these student organizers and make a plan to confront the challenges they continue to deal with.

“The thing that they can do to acknowledge us is (to take) action, and actually … make the commitment to follow through with some of our demands, and (be) open to talking to us and hearing our input,” Sanchez said. “A lot of the time with UT’s decisions, they don’t make them with us in mind.”

Eliska Padilla, issues and communication manager, acknowledged the issues in Riverside and said that the University was taking measures in response, such as asking faculty via newsletter not to penalize students who are late to class due to transportation disruptions. She also pointed to initiatives to fund affordable housing research, as well as new real estate deals by UT to provide more housing options.

Though the administration is attempting to provide some support to commuter students, students need much more than soft solutions that encourage professors to be lenient. Instead, the University should mandate more flexible attendance policies so professors cannot penalize students for commuting issues.

Additionally, funding affordable housing research provides a possible long-term solution, but what is UT doing to address the current Riverside crisis? Riverside students deserve much more than promises for the future; they need resources now, while they’re actively affected by the disconnect between their housing and campus.

The University should work closely with CapMetro to ensure reliability of the bus system and mitigate potential issues by changing University-wide attendance policies. UT may not be able to control CapMetro directly, but they can amend their contract with the bus system to potentially increase the amount of available shuttles. At the very least, the University can control the campus environment and use their influence (and large endowment) to create a better experience for Riverside students.

Though Padilla did not know of  plans to add a student services building in Riverside, it’s imperative that administration prioritizes an initiative like this. The Student Services Building on campus provides vital resources to students, such as mental health services, medical care and academic and career support. For students on or near campus, these resources are easily accessible. For students in Riverside, using these resources requires careful planning and a serious time commitment.

“A lot of people were saying that they felt disconnected. And that they had very (few) ties to campus just because they’re so isolated out there,” Sanchez said.

It’s UT’s responsibility to care for its students — students who pay thousands of dollars to this institution, whether they live near campus or not. It’s ridiculous that Riverside students were forced to form a coalition to advocate for better support from the University. It should never be students’ jobs to convince their university to care about them. Students who reside in Riverside have a right to equitable campus access, and it’s time for UT to recognize the issue and take action.

Editor’s Note: A previous version of this column misattributed information given by Eliska Padilla. The Texan regrets this error.