The Daily Texan • May 8, 2022 • https://thedailytexan.com/2022/05/08/american-campus-renovations-on-the-drag-force-wooten-barber-shop-to-halt-operations/ 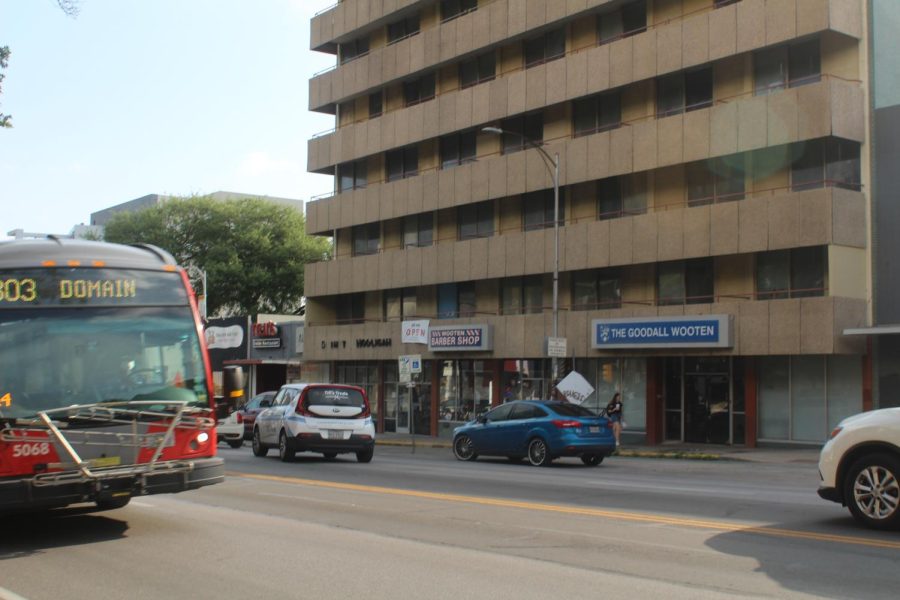 The old school decor of the Wooten Barber Shop remains mostly unchanged from when it opened in 1964, despite the urban sprawl of The Drag where it is located. With burnt orange leather chairs and an eye-catching red and blue barber’s pole, UT students and longtime locals alike can be seen chatting with one another inside the shop — but Wooten will have to cease operations by June 15.

“I’ve done this for over 60 years,” said James Nelson, barber and owner of Wooten Barber Shop.

Nelson has been cutting hair at Wooten for several decades and said he often has former students come back with their sons for haircuts. He said the connections made during haircuts keep people returning to Wooten.

“I consider it a conversation, and a haircut (just) happens,” Nelson said regarding the job.

In July 2018, American Campus Communities, a student housing developer that was bought last month by Blackstone, purchased a portion of The Drag that included the barber shop for a new development.

According to the Texas State Historical Association, the block was previously a real estate investment of the Wooten family of Texas and home to the Goodall Wooten Dormitory. Wooten Barber Shop was named after Goodall Wooten, son of Thomas D. Wooten — one of the original members of the UT System Board of Regents. The Hotel Ella, a small boutique hotel located in West Campus, was the Wooten family home in the early 1900s.

ACC plans to renovate the entire block by building new student housing with retail shops on the ground floor. Alante Salon and Teji’s Indian are the only other active businesses on the block that may have to shut down for the renovations.

“We do not have definitive redevelopment plans for the site at this time and have worked with the remaining retail tenants to temporarily extend their leases,” said Chuck Carroll, vice president of development for ACC, in an email. “One thing we can confirm is that we are still committed to preserving the iconic ‘Jeremiah the Innocent’ mural by Daniel Johnston in partnership with the Austin Creative Alliance.”

When ACC bought the strip on The Drag in 2018, businesses residing there had to finish their existing leases before renovations could begin. Since the expiration of its old lease, Nelson said Wooten has been operating on a month-to-month lease. ACC has made verbal agreements to lease the shop a retail location on the same block after renovations are completed, but no actual contract or lease renewal offer has been made, he said.

Alante Salon owner Sanya Kim said she is still waiting on ACC to follow up on their verbal agreement, but she looks forward to the building renovations.

Though Nelson said he has been informed of Wooten’s deadline to move out, Kim said Alante Salon has not been given notice of a definitive date.

Nelson said he is planning on transferring the ownership to another Wooten employee and is searching for an alternative location to keep the shop alive.

“We’d like to have the Wooten, or ‘The Woo,’ continue,” Nelson said. “It’s bittersweet in that it’s not ending in the way I would like to.”