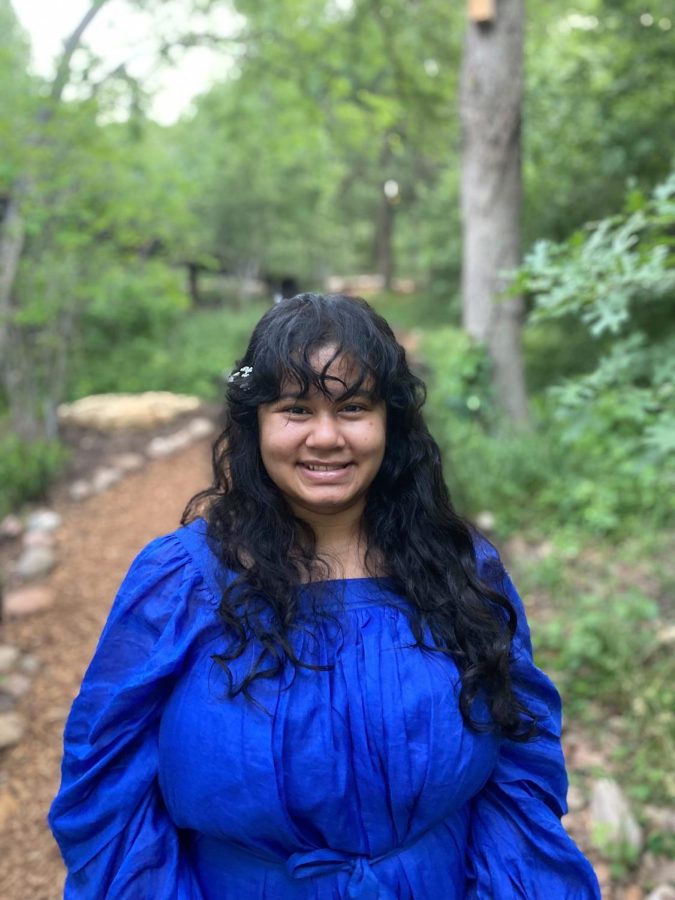 You’d think after eight semesters at this paper, I would’ve done everything I could possibly want here. And yet, there’s so many chaotic stories I wish I could’ve written, with titles like “Selling t-shirts can’t save the world, but it’s like y’all aren’t even trying” and “DEI initiatives should still happen even if it hurts your feelings” and “Immigrants deserve to go to medical school, too.” I wish I could’ve responded to the dude who commented “Fatphobia isn’t real because no one is scared of fat people” on my column about how we should stop instilling body image issues into young girls.

But I couldn’t and I didn’t because it would undermine the integrity of the Texan, which is a culmination of so many people’s hard work. I spent half my time here in the opinion office and the other half on the D&I board, and throughout all of it I was constantly humbled by the talent, work ethic and tenacity of my colleagues — and my friends.

Fran and Abby, y’all are so, so cool and our ed board’s nights in the basement are some of my very fondest memories. I swear we’ll get the whole gang together at some point again!

Sruti and Carolynn, I’m so proud of how much you both contributed to the D&I board in such a short amount of time.

Megan, you’re one of the most thoughtful and astute people I know. You’re going to be a phenomenal EIC and the Texan is so lucky to have you as a leader.

Areeba, I still can’t believe we were fifth graders at the same time. I spent three semesters doing half the amount of work you accomplished in one, and I can sincerely say that at least a third of what I learned at the Texan, I learned from you.

Sanika, Sank, my Texan ride or die: Most people are either good at their jobs OR the wittiest, funniest, most authentic people you’ve ever met. You are all of the above, and I’ll always aspire to be the kind of leader you’ve been this past year.

Hannah, I’m so glad we wrote those columns about the Big Ticket. I didn’t know it when I met you in the PCL that first time, but you would become my dearest friend and closest confidante. I expect to hear from you bright and early on June 10.

And finally, to “whoever is the new D&I director:” I’m not even going to bother to leave you a guide or instructions or whatever. Whatever I built at the Texan, you built with me, and I have no doubt that you’re going to do a fantastic job, a much, much better job than me. I know you’re too smart to forget that, but if you ever need a reminder, give me a call.

Throughout my time as the D&I director, I’ve thought critically about the concept of journalistic objectivity and I don’t think it exists. I think people’s identities will always impact their work. I think the best journalism happens when we produce content that honors our own identities and those of the people around us.

And I think, objectively, that joining the Texan was the best decision I made in college.