Videos from the Texas Tribune Festival

Our multimedia department visited the Texas Tribune Festival to hear some of the biggest names in Texas politics speak about the issues that matter in the state-wide conversation.  Mouse over any of the images below to see what you might have missed at the festival. 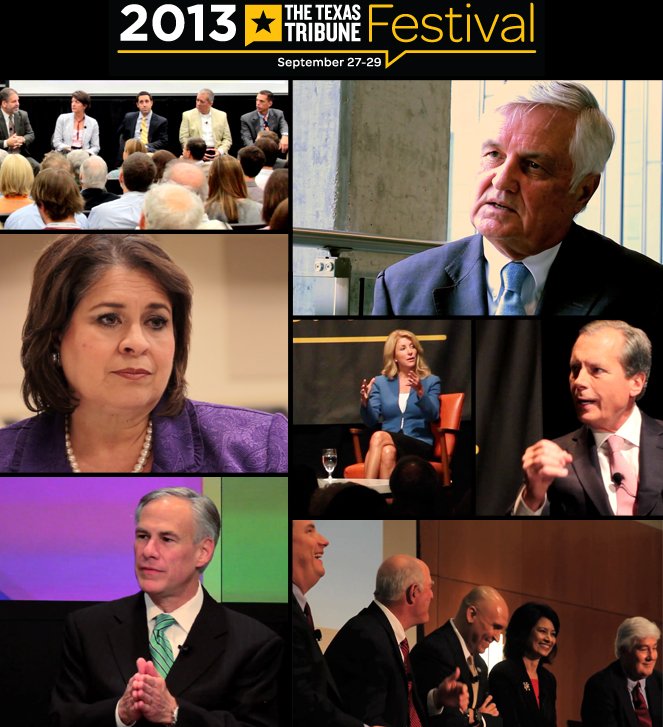 1.  A panel of experts discuss the state of Texas' water issues.  Afterwards we spoke with Mayor J Allen Carnes and State Senator Glenn Hegar for their input on the issues.
2.  We sit down with 2014 Candidate for Governor Tom Pauken to discuss his ideas for reforming Texas education and his run in the Republican primary against Greg Abbott.
3.  We speak with State Senator Leticia Van de Putte to talk about the future of women in Texas politics following her remark that sparked roars of cheering during the fillibuster of Senate Bill 5.
4.  State Senator Wendy Davis speaks on her recent rise to popularity in Texas politics and her future.
5.  David Dewhurst speaks on education and the upcoming elections.
6.  Greg Abbott speaks about the state of voting rights in Texas in the wake of the Supreme Court ruling on the Voting Rights Act and Texas' new voter ID law.
7.  A panel of experts discuss the state of higher education and predict what the future will entail for Texas Universities.