The Life Sciences Library is one of over a dozen libraries on campus. As the cost of traditional research journals rises, open access journals has emerged as an alterantive for UT Libraries that keeps UT at the forefront of academic publishing.
Photo Credit: Rachel Zein | Daily Texan Staff

For the UT libraries, which constantly grapple with a small number of powerful, dollar-minded research journal publishers over the cost of texts, solving a minor financial crisis could entail taking a step back from the age-old industry altogether.

With spending stagnant and the cost of research journals steadily rising year-over-year, embracing the concept of open access — putting articles out freely on the Internet and skipping paywalls — has emerged as a practical work-around for the UT Libraries that also keeps UT at the forefront of academic publishing.

“The exercise remains very challenging to use limited resources,” UT library director Lorraine Haricombe said. “Open access [is really] an attempt to reshape the scholarly communications process — to make sure the research that’s generated in terms of publications on a campus are kept.”

Records show over the last five years the library has annually spent around $13 million on materials. Journals, expensive compilations of scholarly research with titles such as “The Lancet” and “Hand Therapy,” are often bought as part of packages and typically take up at least $9 million of that money annually.

According to a study by “Library Journal” published in April, journal prices from 2014 to 2015 increased by around 7 percent, a level of inflation almost nine times the overall U.S. inflation rate. The study projects that increase to remain almost the same in 2016.

The cause of the inflation, Haricombe said, is that a small number of publishers — known as “The Big Five” — have the market cornered. Libraries have been forced to “manage, but not expand” over the last few years, investing with relative rarity in new materials outside the collections budget.

“It’s very hard to understand why that increase has to be so high,” Haricombe said of the inflation rate. “Obviously they’re a business. They need to make money. But the question and concern is ‘[Is] it necessary to have that kind of profit?’”

But Haricombe said she sees opportunity in open access — for financial and philosophical reasons. Although the idea is not new, Haricombe said she hopes to establish a more serious focus on the concept at UT, declaring the 2015–2016 school year as “the year of open.”

Under the prevailing publishing system, professors conducts research funded by universities. Seeking tenure or prestige, they submit a resulting paper to a publishing house — usually one of “The Big Five — ceding their rights to their work. The publisher then places it in a journal, packages it and sells it back to the University as part of a yearly subscription with a hefty price tag.

Representatives from SAGE Publications  and Elsevier, two publishing companies, did not return requests for comment.

Under open access, a professor conducts research funded by a university. Then, the libraries take the article, publish it for free inside a digital database so anyone in the world can view and use it, and professors retain their rights to all the content, which allows them to publish the same articles in nontraditional journals.

During her stint at Kansas University, where she worked before coming to UT, Haricombe emerged as a leading proponent of open access and the wider open education movement, which is seeking to reform the way copyrighted educational materials are distributed throughout the world. Whereas journals and textbooks previously rested behind systems like UT Scout, now they can be freely available.

Open access is calling into question the role of the journal industry as a whole, said Rich Baraniuk, who helped formulate the open-source licensing language called Creative Commons in the early 2000s and now runs OpenStax, a free textbook initiative at Rice University.

“The value of printing a paper journal and mailing them out to 20,000 is a thing of the past,” Baraniuk said. “Virtually nobody reads journals in that way anymore.”

This is putting positive pressure on the publishers to validate their existing journals, according to Baraniuk, who also teaches engineering at Rice. What it boils down to is the status and career leveraging they offer — some departments set publishing criteria for faculty — along with their well-established vetting processes.

“That’s what they need to focus on,” Baraniuk said. “And they need to think very carefully about how they interact with their community so the community doesn’t feel exploited.” 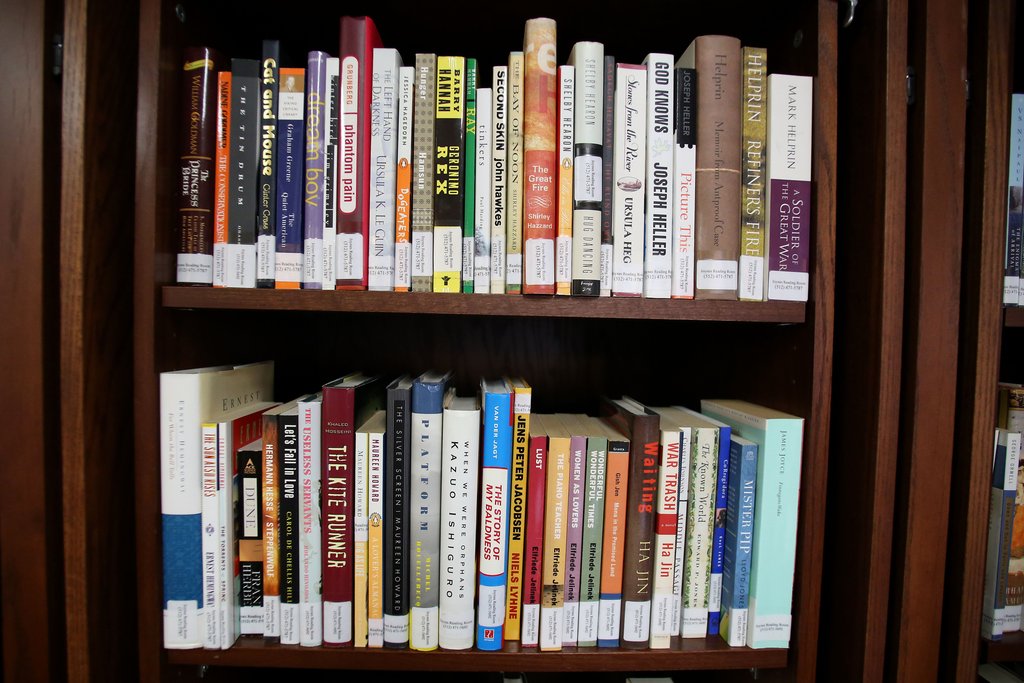 But open access faces several obstacles before widespread adoption, both from professors seeking to publish and from their readership.

One obstacle is the perception that free materials are usually inferior, said UT associate professor Carl Blyth, who runs the Center for Open Educational Resources and Language Learning, an office on campus that promotes inexpensive course materials.

Another is what University of Colorado librarian Jeffrey Beall calls “predatory journals,” publications that bombard professors with requests for submissions. Beall said they often end up publishing shoddy science in the open for profit. On the website Scholarly Open Access, he’s identified well over 1,000 of these.

“They create counterfeit journals that copy the look and feel of legitimate journals, and they endlessly spam scholarly authors seeking article submissions and the fees that they bring in,” Beall said in an email. “Many have been victimized by the predatory publishers.”

There is also a complex hierarchy of open access methods of publishing referred to by color. On one end, professors have to pay for their work to make it into a journal under the pretense that it will offer their work visibility. This has contributed significantly to the culture of predatory journals, Beall said, and this practice often excludes authors unable to provide the fee. On the other end, journals freely accept articles that may be available in databases elsewhere, but without a clear revenue stream, Beall said, they are often of poor quality.

The old system has its benefits, said Matthew Russell of the University’s Center for Teaching and Learning, and it is not going away soon.

“There are very good reasons why peer-reviewed journals that have a fee structure associated with publishing articles work the way they do,” Russell said.

“Faculty can think of open access journals online as something that’s in progress. There’s a way to imagine open access as not being something that replaces peer review publications. It should be something we think about as supplemental.”

But Russell, who has been working with the libraries to inform the campus community about opportunities in open access and open scholarship, is vehement about raising awareness of open access in a large place, he said.

“We don’t want to be revolutionary, but we also feel that the world around us is embracing these ideals,” said Russell, who is bringing a series of speakers to the University this year, starting with the open education movement luminary David Wiley on Thursday. “We can act responsibly but also be proactive about the future and making the appeal of coming to and talking about the work that’s being done at UT more expansive. And that’s what it’s about at the end of the day.”