In a corner store on Congress Avenue, artwork and UT history collide

Lori Armendariz and her cousin Melinda Hernandez, a UT alumna, greet each other at La Peña on Saturday afternoon. La Peña, owned by Cynthia Perez and her sister Lidia. hosted an art exhibit called ‘Toma Mi Corazón’ to raise money to fund the center and future exhibits.

Nestled into a building on Congress Avenue sits La Pena, a Latino arts center. On Saturday, the center hosted “Toma Mi Corazon,” an exhibit that has raised money for the center for the past 26 years.

Live music saturated the space on Saturday as guests bid on decorated wooden hearts from amateur and established artists alike. Cynthia Perez, UT alumna and one of La Pena’s owners, floated between conversations, pulling guests toward different pieces of artwork. She embellished each piece with a story about the artist.

“And you have to see this one,” said Perez, pulling a guest toward a heart. “The artist is deaf and graduated from UT.”

The “UT connection,” as Perez referred to it, pervaded the space. Perez herself was one of a group of alumni who famously hosted a sit-in in the University president’s office in the ‘70s to advocate for the admission of Mexican-American students.

“Some people say magically, but I say spiritually (we’re still together),” Perez said. “We all met at UT because that’s the type of place UT used to be.”

Cynthia and Lidia Perez opened Las Manitas in the early ‘80s, a hole-in-the-wall restaurant that served everyone from senators to construction workers. In 2008, the landlords forced Las Manitas out of the building in favor of construction of a Marriott hotel. The sisters relocated to a building down the block.

Cynthia and Lidia downsized the restaurant, but continue to impact Austin by providing a space for anyone to showcase their art at La Pena. 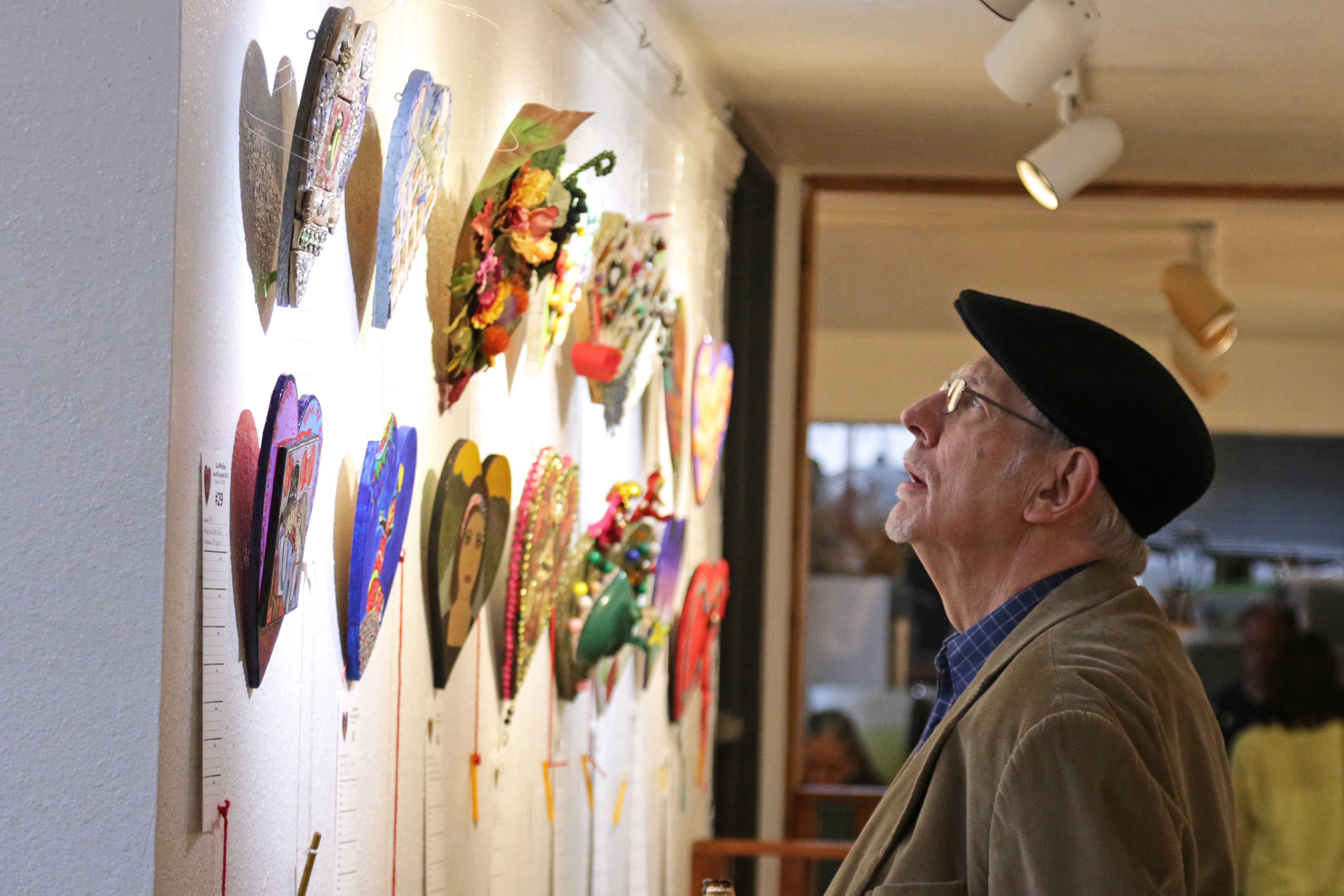 “Coming here changed everything,” Mexican artist Cecilia Colome said. “I had no place to show any work until I met Cynthia. There’s no other place like it in Austin.”

Charlene Blohm, a tourist from Wisconsin who used to live in Austin, wandered into La Pena a few days before the exhibit opened. She bid $100 on a heart and told the owners she’d pay to have the piece shipped to her.

“The pieces spoke to me,” Blohm said. “They reminded me of home.”

Perez said visitors like Blohm have kept the exhibit alive for so long.

“We’ve tried to kill this exhibit but we can’t,” Perez said. “The hearts will arrive year after year. That’s part of the impact of this place.”