Littlefield Fountain spray painted last night: 'This is the blood of survivors that UT ignores'

The Littlefield Fountain in front of the Tower was marked with graffiti overnight, according to a tweet by the UT Police Department.

The graffiti was discovered and reported this morning, UTPD spokeswoman Cindy Posey said.

UTPD is investigating graffiti that occurred overnight at the Littlefield Fountain. Crews are working to remove the spray paint causing the water in the fountain to turn purple.

The red spray paint reads: “This is the blood of survivors that UT ignores,” next to a depiction of a hammer and sickle.

UT’s Facilities Services crews are working to remove the spray paint, Posey said. As the red paint was removed, the water began to turn purple, according to UTPD’s tweet.

The Littlefield Fountain has been dyed purple and tagged with “This is the blood of survivors that UT ignores.” @thedailytexan pic.twitter.com/MWh9kiXmAU 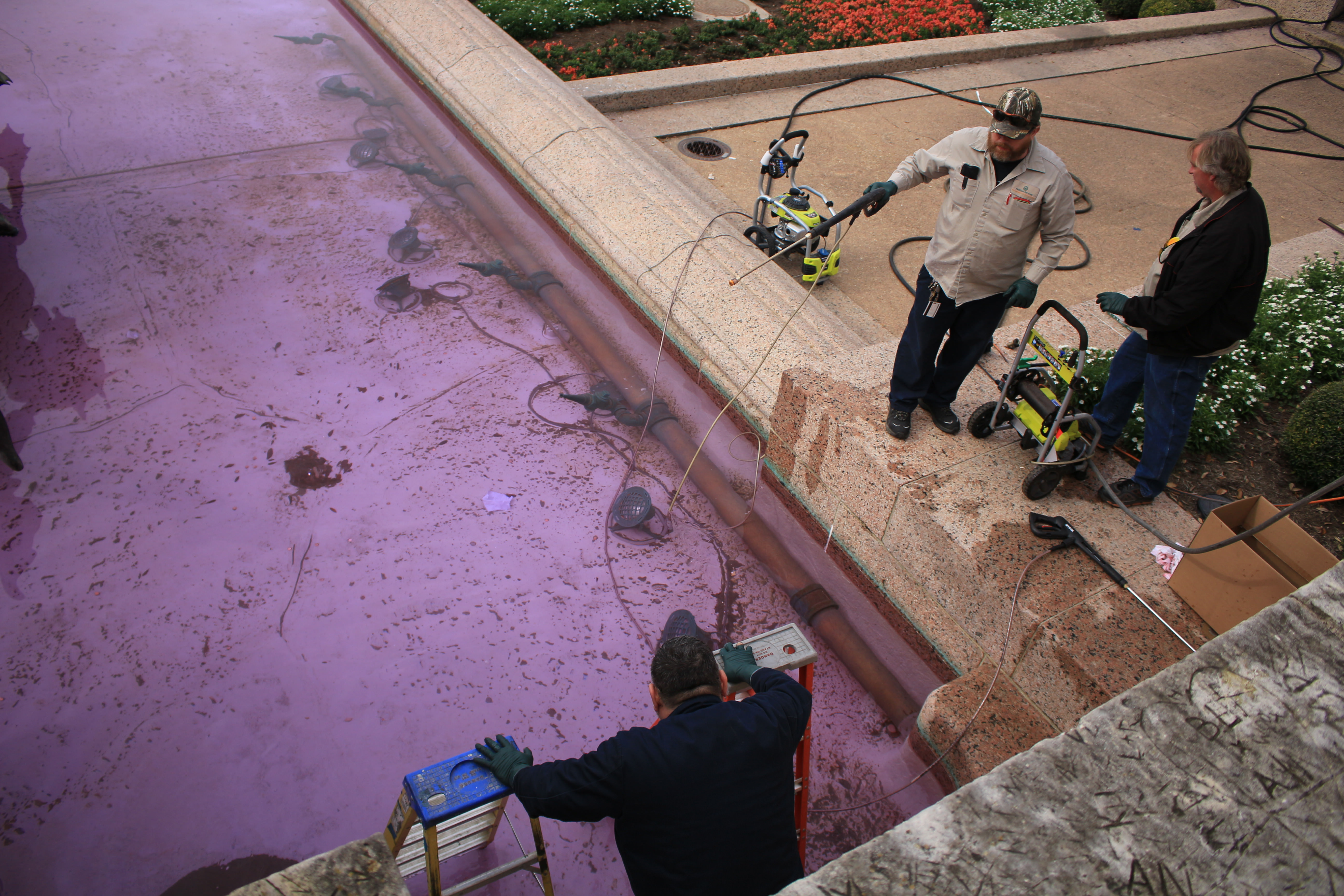 UTPD is currently investigating the incident.

This story will be updated as more information is received. 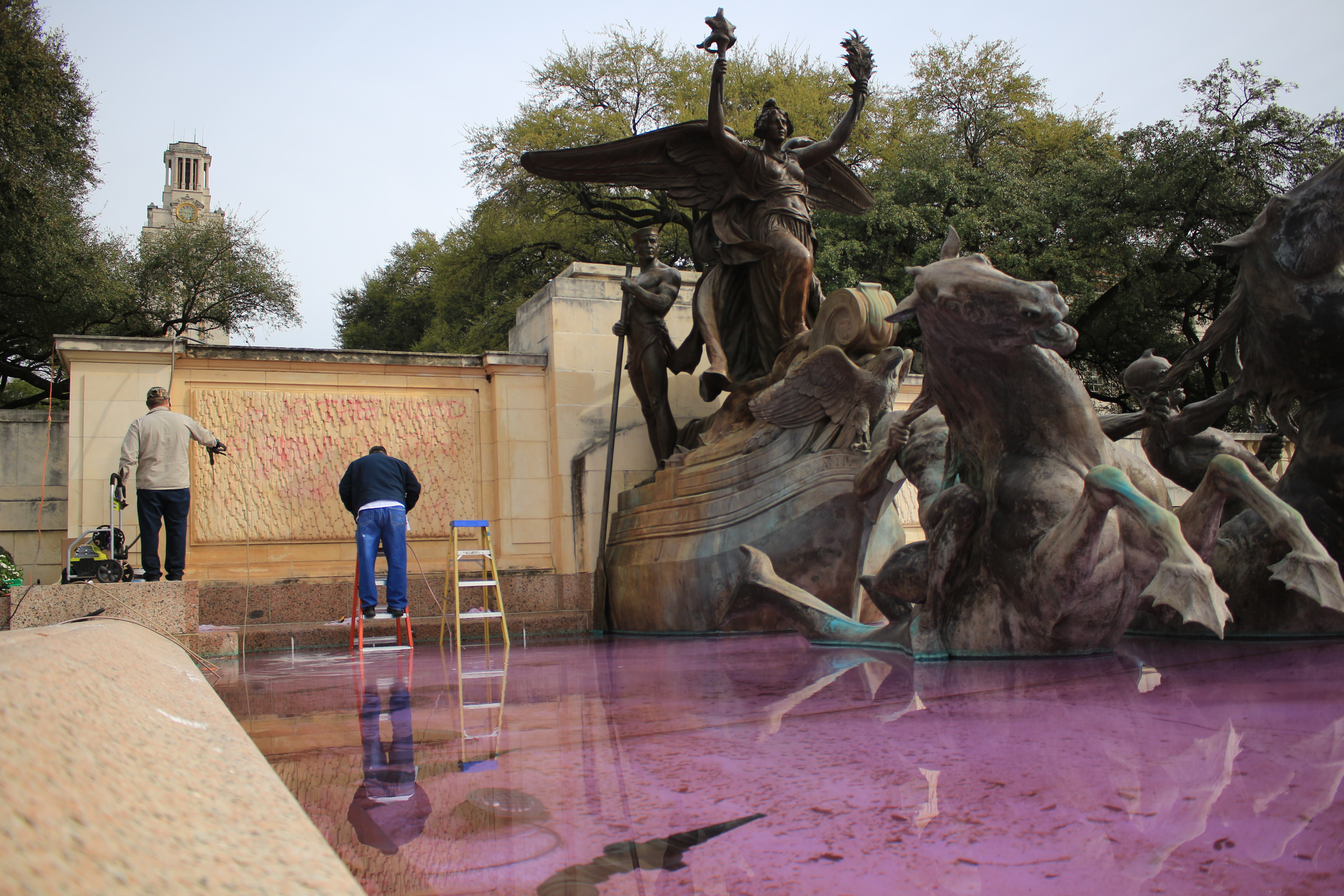