Waymond and Chase: The privilege and plight of the black student athlete

Junior defensive back Chase Moore is here at UT to prove stereotypes about black athletes wrong. Representing 5 percent of the UT student body, Moore takes every opportunity to disprove the notion that African-American students are given the chance to study at UT based on athletic capability alone and to further demonstrate that he is more than just a student athlete.

The spring of 1990 was an eventful semester for Waymond Wesley. He found himself balancing two identities: one as a football player at UT and the other as a black man in Texas.

That year during Round-Up, members of Phi Gamma Delta, or Fiji, sold shirts with a Sambo caricature — a racist cartoon that depicts black people with ape-like features — on top of Michael Jordan’s body to promote a basketball tournament. Along with the rest of his black teammates, Wesley, a junior defensive back, joined a protest against the fraternity.

“Some of those guys (Fiji members) were saying, ‘N-----s go home!’ and some of my teammates just went crazy,” Wesley said. “I’ll never forget it.”

This protest was special because it was led by Toni Luckett, the University’s first black student body president, and it included most of the Longhorn football team, many of whom were African-American.

“I remember me and my teammates protesting,” Wesley said. “We were allowed to miss practice one day and actively march against these guys.”

The UT football locker room is one of the few places where black students are not the minority. This has been true since 1987, when Wesley started his football career at UT. While more than half of the football team was black, only about 3.7 percent of UT’s 48,000 students identified as black, according to UT’s 1990-91 Statistical Handbook. 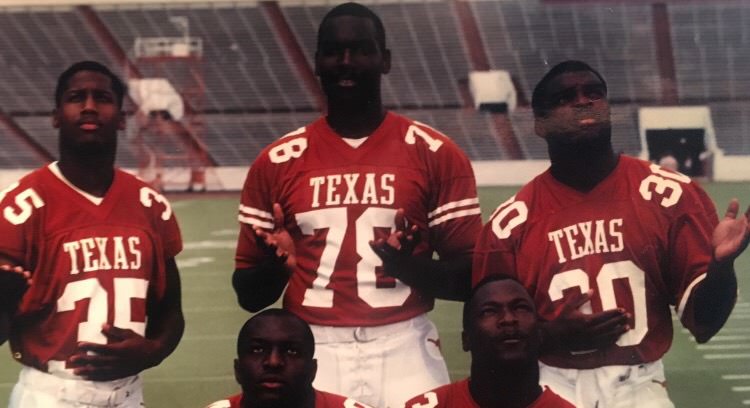 Despite facing blatant racism from events much like the 1990 protest, Wesley said he loved being at UT. He said he doesn’t recall much of his time at UT outside of being a football player, which he said marked some of the best times of his life.

“I personally felt like royalty at UT,” Wesley said. “For me, as a football player, I felt like we had more privileges than others. We ate better. I mean, I remember eating steak literally in some form or fashion every day of my freshman year.” 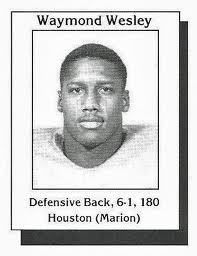 Wesley said this royal treatment included private dining halls, tutors and dorm rooms. A Houston native and first-generation college graduate, Wesley said he indulged in the luxuries of Texas football even after he could no longer play due to an injury.

“I didn’t want to come back home to the inner city parts of Houston,” Wesley said. “I reluctantly had to end my football career because of three surgeries on one knee. But my scholarship never changed and I was able to continue my degree.”

Outside of playing football, Wesley said he studied liberal arts and was a member of Gamma Phi Delta, a non-Greek black fraternity conceived on the 40 Acres. 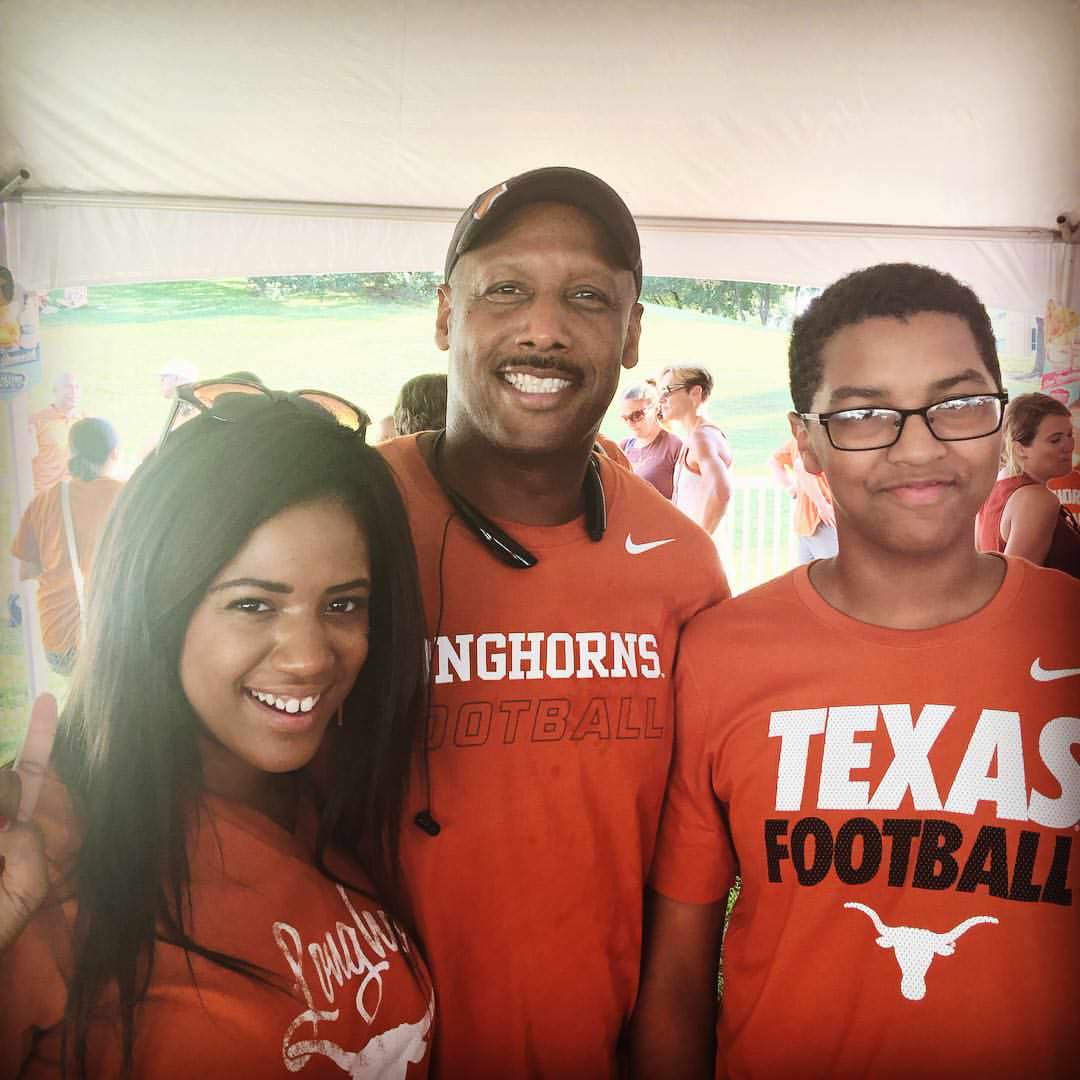 “I was a part of a fraternity that originated with some of my friends at UT and it’s now nationwide,” Wesley said. “It was kind of born out of a church group. That was my only involvement in the black community.”

Wesley said his student athlete status left him disconnected from the black community.

“I couldn’t imagine going through school without that kind of support (from UT athletics),” Wesley said. “I imagine it would’ve been tough. I only ever saw that high-level treatment as an athlete.”

Chase Moore, a junior defensive back on the current UT roster, said not much has changed in the last 30 years.

“To me, all the things around me as a result of being on the football team are truly a blessing,” Moore said. “There’s way more good than bad.”

Moore said the “bad” is the lesser known side of being a black student athlete at a predominately white institution. No one is passing out shirts with Sambo’s head on Michael Jordan anymore, but the racial stereotype still exists for Moore.

“I see these other people of different ethnicities, mostly white,” Moore said. “They look at me, see my skin and the orange backpack and they think, ‘He plays sports, so he’s only here for football or basketball.’” 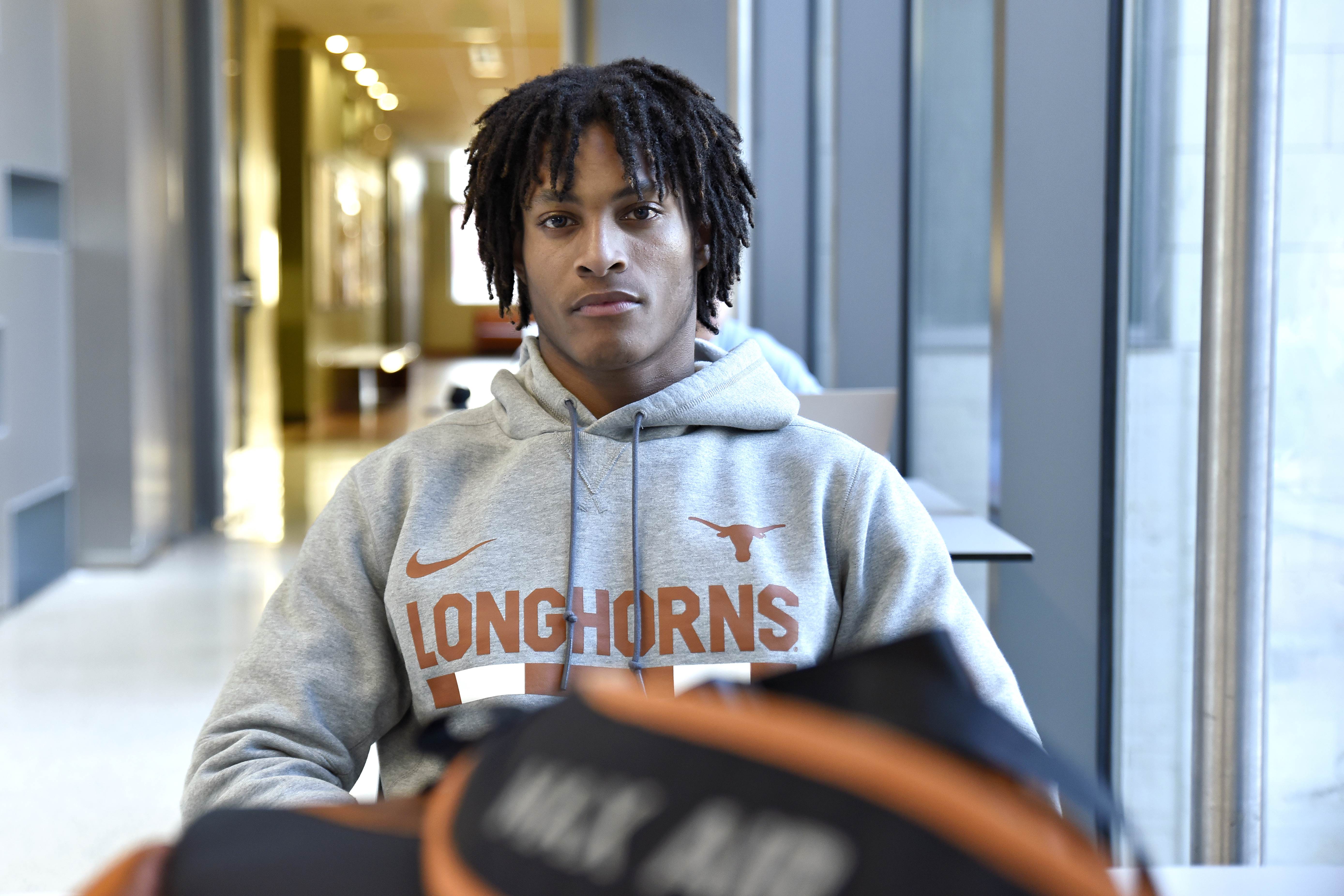 Moore said he sees this as an opportunity to prove them otherwise.

“I try to prove every stereotype they might have about black students or football players wrong,” Moore said. “So I sit in the front of all my classes, my hand is always up. I take it as a chance to represent my race.”

Like Wesley, Moore said it is difficult finding an identity outside of Texas football.

“Once it starts, football kind of takes over,” Moore said. “I wake up every morning at 4:30 for workouts, then we get a break for class and we have practice later in the day. During season, I couldn’t even go to church because we had practice.”

“It is intimidating walking into the (Malcolm) X Lounge,” Moore said. “Right off the bat, you’re being stereotyped and stared at. That kind of stuff is a reason that some of my teammates don’t feel comfortable coming into the X Lounge or coming around black students sometimes. We get that enough from the white people and everyone else.” 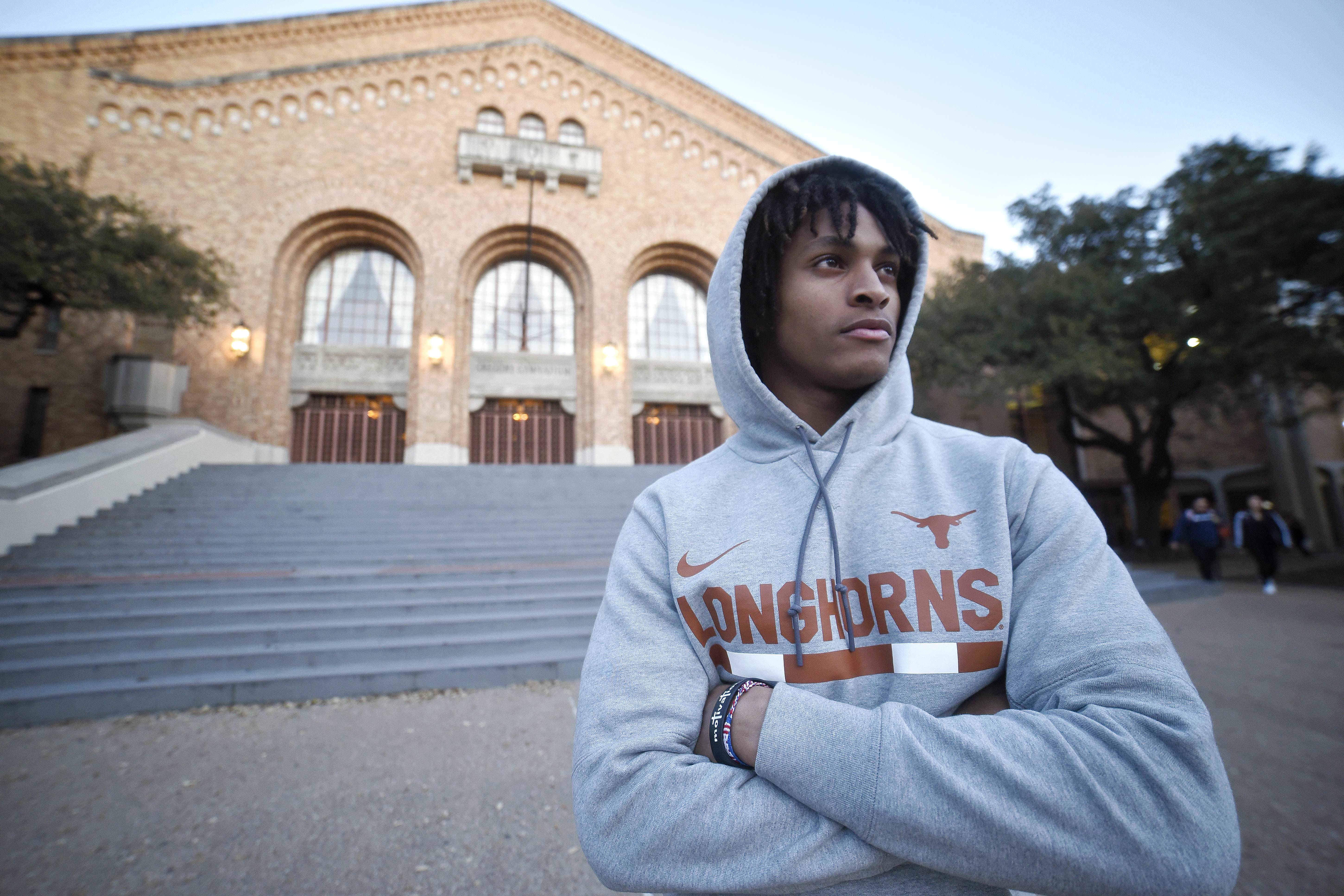 By removing all signs of Texas athletics from his appearance, Moore said he noticed a difference in the way peers interacted with him.

“I’ll come to class wearing no football gear at all, dressed like a regular student and when I sit down, nobody will sit next to me,” Moore said. “It’s interesting. When I wear my UT stuff, I’m someone worth talking to. But when I’m not, I’m nothing
to them.”

Much like Wesley in 1987, Moore said he remains positive about his experience UT experience despite juggling multiple identities.

“When I came here, I didn’t have anything,” Moore said. “I’m grateful. As a student athlete, you face the privilege and the plight.”