Editor’s Note: This article appears in a package focused on LGBT issues on campus. Click here to read about the Delta Lambda Phi fraternity and LGBT professors' perspectives on the campus climate and evolving UT policies.

Between finding new classrooms and adjusting to a full course load, many students experience first-day jitters. For philosophy junior Audrey Ferguson, the start of classes also means being outed as soon as the professor calls roll.

While UT implemented a system in 2012 to allow students to formally change to their preferred names, Ferguson — who requested a formal name-change in the spring — is still waiting for her preferred name to be used on official documents such as transcripts, class rosters, medical documents, her UT email and I.D. card.

“People view being trans as a bad thing or a sad thing, so people behave toward you nicely, in a pity aspect,” Ferguson said. “It sets that up in your classes to be your identity. It also creates that issue, where if someone wants to know something, they go to you because you’re the only trans person they know. A lot of people don’t want to talk about that.”

According to campuspride.org, about 200 colleges and universities around the country offer a form of gender-inclusive housing.

Mylon Kirksy, director of residence life for the Division of Housing and Food Service, said UT residence halls do not offer gender-inclusive housing or the ability for students to live with a roommate of choice, regardless of biological sex, gender or gender identity. To determine room assignments, Kirksy said the DHFS bases decisions on the gender indicated on a student’s application. However, Kirksy said the University’s apartments provide gender-inclusive living arrangements for those who request it.

“We continue to research and work with students on the issues,” Kirksy said. “Mostly, we say that if a student has a need that’s not currently being fulfilled through our housing assignment process, we ask that they contact our office and talk to us about their specific needs. We try to work with students on an individual basis, case by case.” 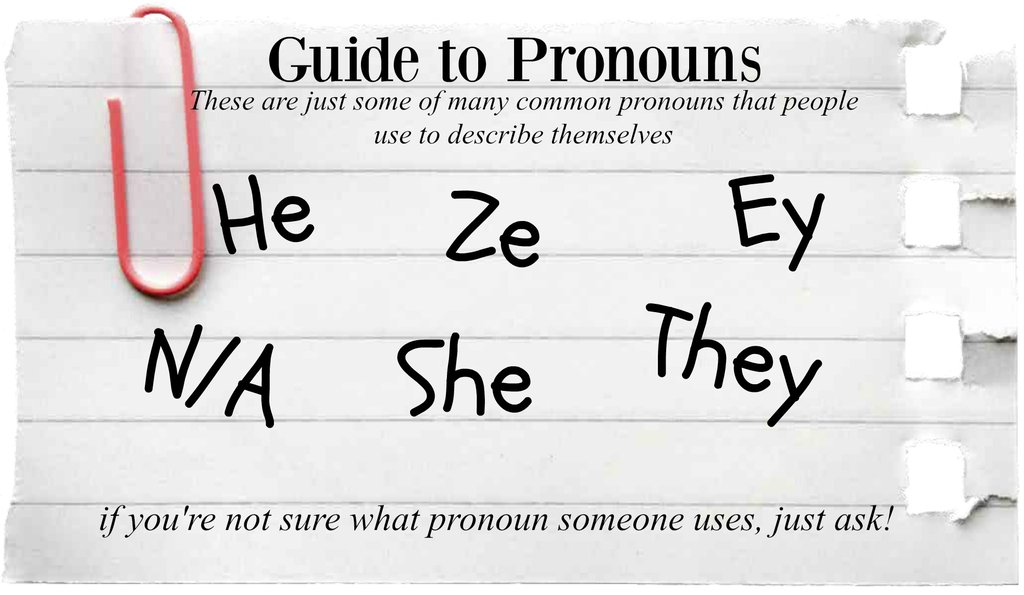 Hover over the pronouns to see examples of how to use these pronoun options. Interactive by Hannah Evans | Daily Texan Staff

Ann Cvetkovich, professor of women’s and gender studies and co-chair of the LGBT studies research cluster, said in an email that most LGBT classes are intended to teach that gender and sexuality are socially constructed categories that can be changed. Part of that change includes adopting gender-inclusive pronouns such as ze, which corresponds to he and she, and hir, a non-gendered pronoun used in place of his, her and him.

“Right now, we are seeing an explosion of new categories and vocabularies as part of greater social acceptance and freedom to define ourselves, as well as an understanding that there are multiple genders and sexualities not a simple binary of gay and straight or male and female,” Cvetkovich wrote in the email.

While the University may be diverse, Ferguson said it is not well-integrated because students naturally form groups with people similar to them, whether that’s based on race, socioeconomic status, sexuality or gender identity.

Since coming to UT, Ferguson said she has found support from the LGBT community and the GSC.

“I came out right before I started at UT and I didn’t know anyone, so it was nice having a readily available community that was supportive and cool,” Ferguson said. “It was a completely clean slate when I came out, so that was helpful and allowed me to build a friend group in the community in a whole new way.”

Ferguson said education could play an important role in making campus a more comfortable environment for transgender students, whether that’s through informative awareness activities at orientation or UGS classes on gender and sexuality.

[Change] is not just a UT issue — it’s a social issue,” Ferguson said. “Typically the information that’s provided is for the people who are seeking it out, which is not enough. We need to educate a wider public so it addresses the actual social issues.”