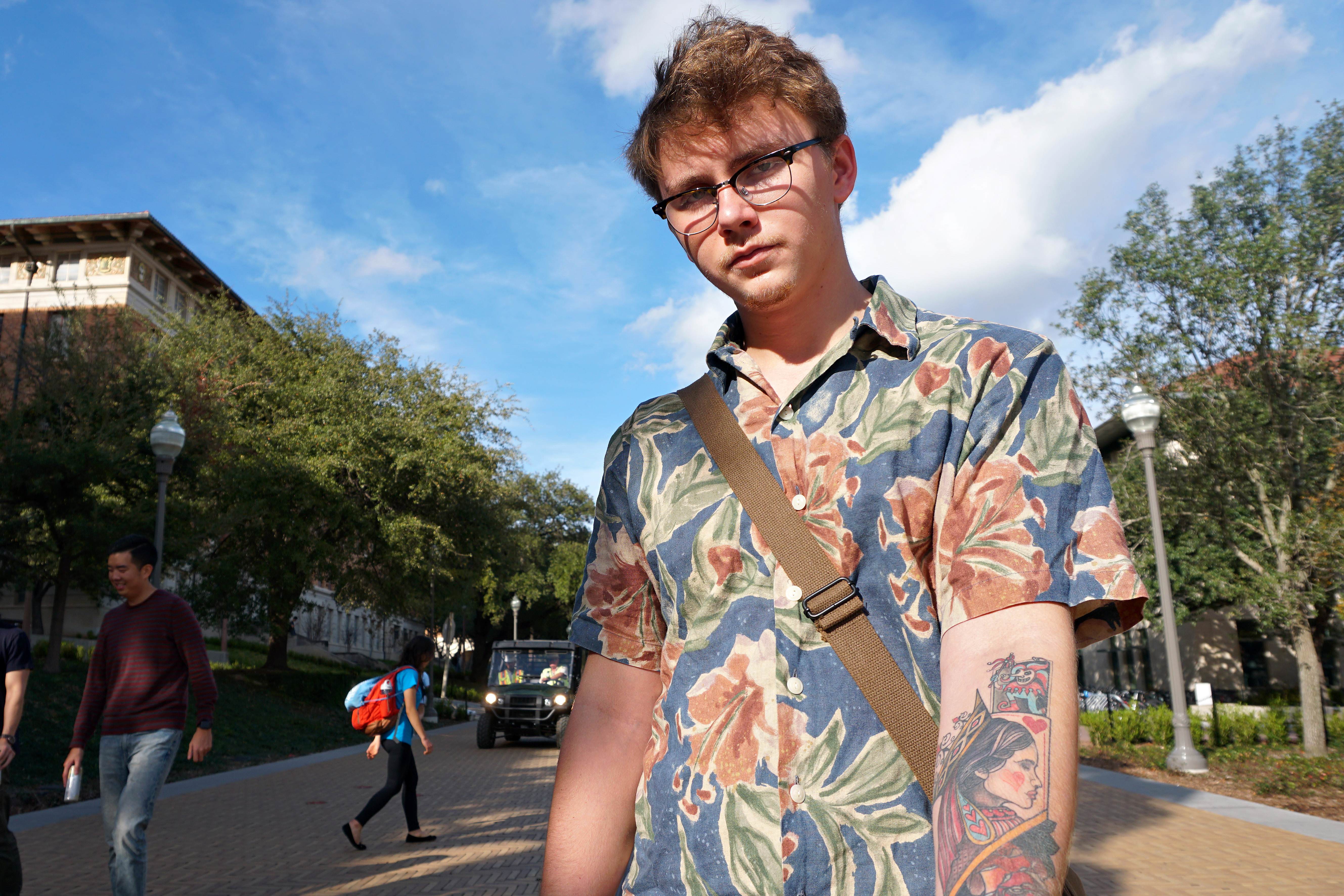 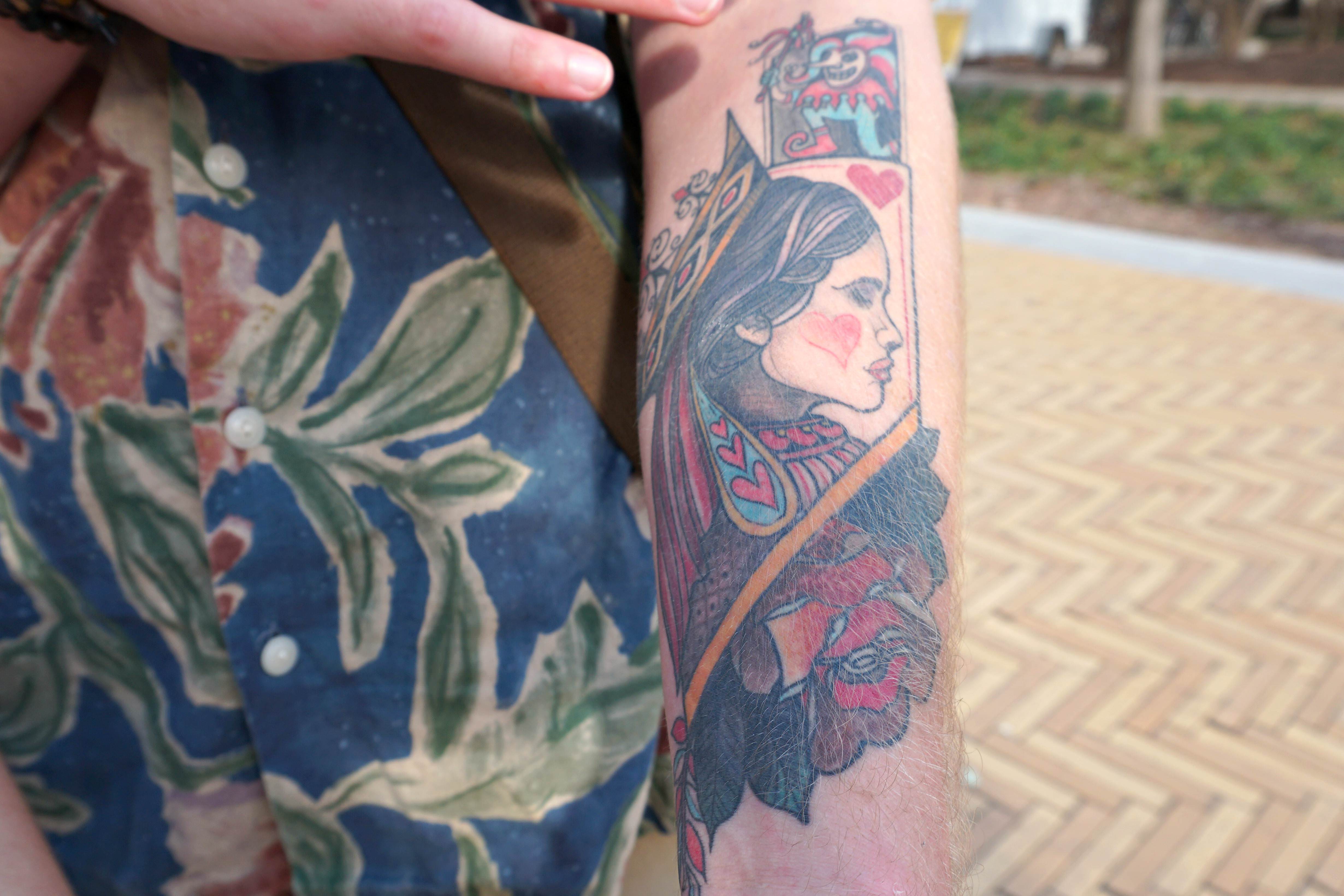 Many children play cards with their grandparents, but for radio-television-film freshman Peter Cowie, the memory stands out in his childhood. Cowie’s first tattoo, a playing card-themed piece, specifically honors his late grandmother’s love of card games.

“My grandma passed away from cancer and she loved the card game bridge. She used to play competitively and she was really good,” Cowie said. “(In my tattoo) she is the queen of hearts, (and) the red rose right there is her favorite flower.”

Cowie made sure to not leave the queen without company. Right next to her is another card-themed symbol that represents her husband, Cowie’s grandfather.

“The joker right here is my grandpa because my grandpa is an absolute goofball,” Cowie said. “He’s just like a silly guy.” 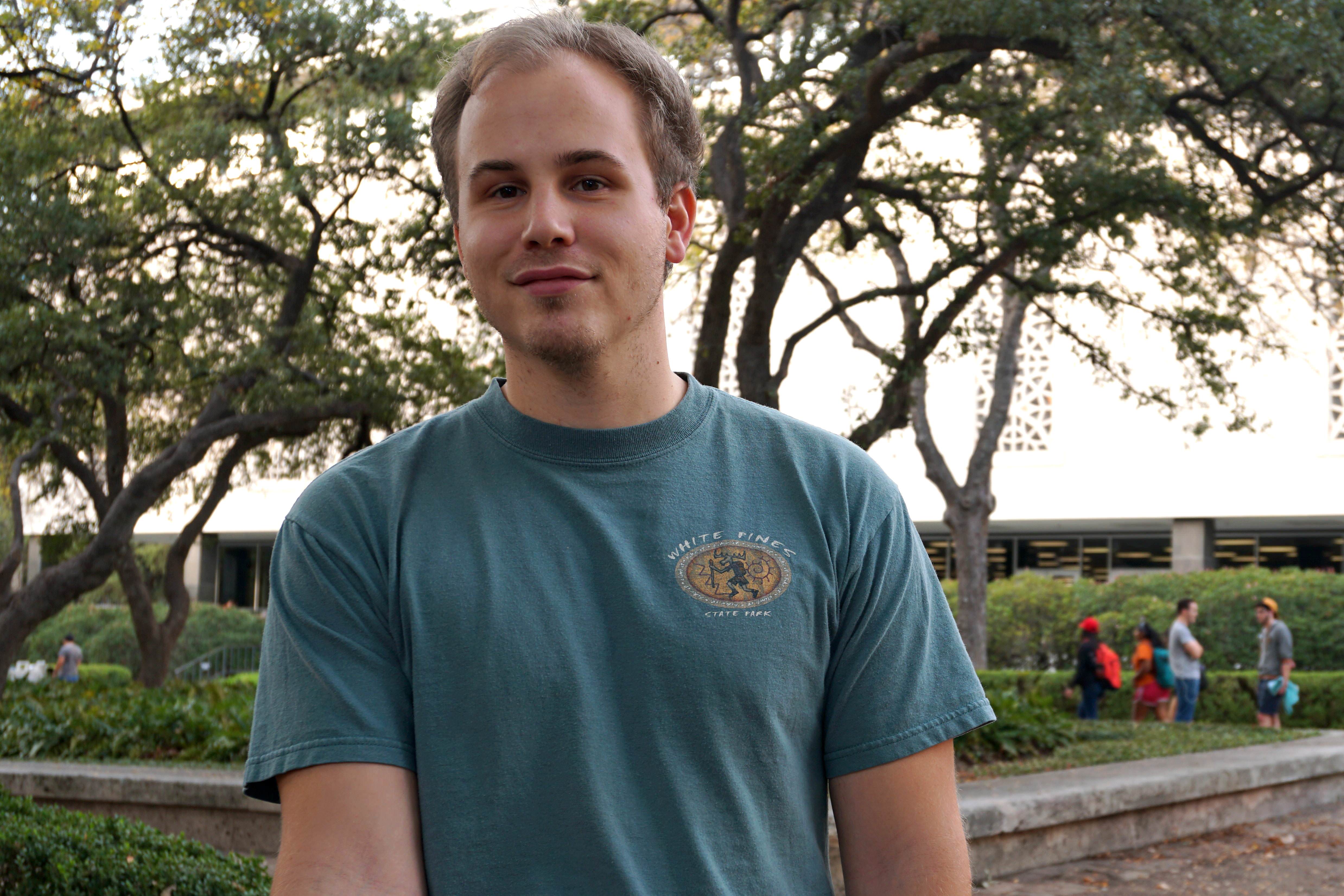 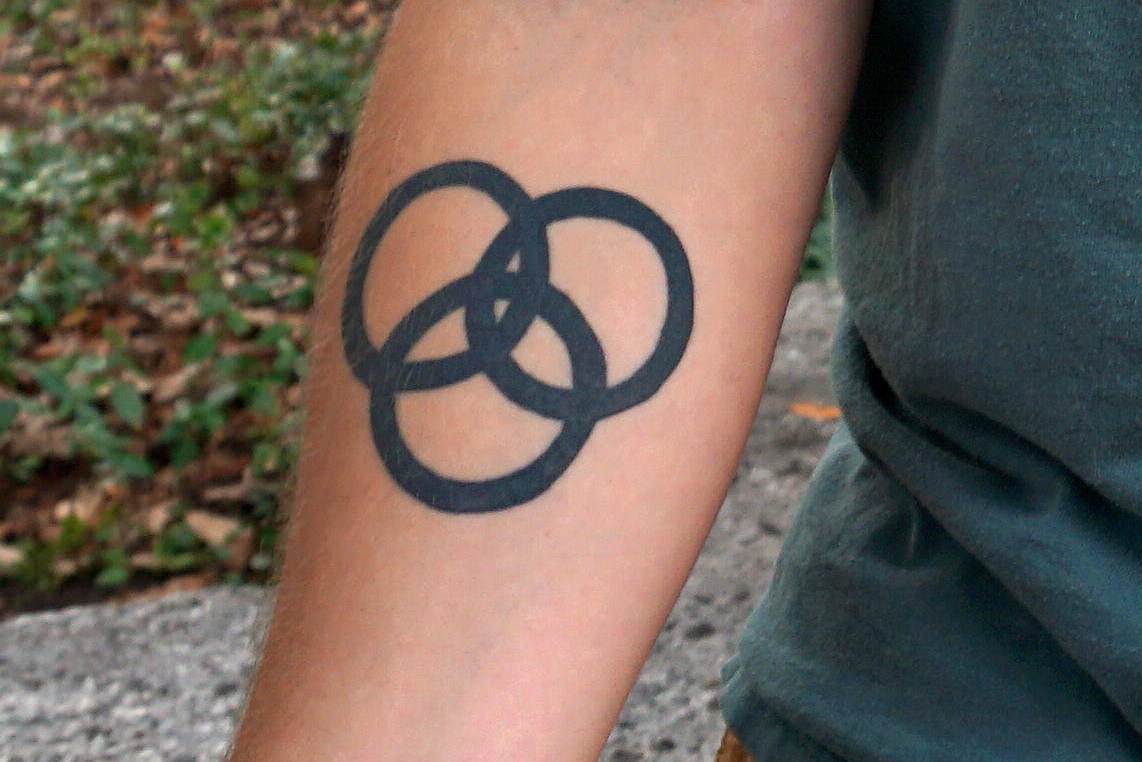 When he came to Austin to get his Masters in government, Tom Conroy had to say goodbye to his longtime roommate and childhood friend. Having to part ways after graduating from the University of Illinois, Conroy and his best friend each got a tattoo that commemorates their friendship and celebrates their
favorite artist.

Although their tattoos are a lifelong bond, Conroy said staying in touch hasn’t been easy since his move. Nevertheless, Conroy said his tattoo brings back good memories of time spent with his best friend.

“We’re both grad students and we’re both busy all the time so we don’t have the chance to talk,” Conroy said. “It’s still a nice reminder of our friendship and our mutual childhood together.” 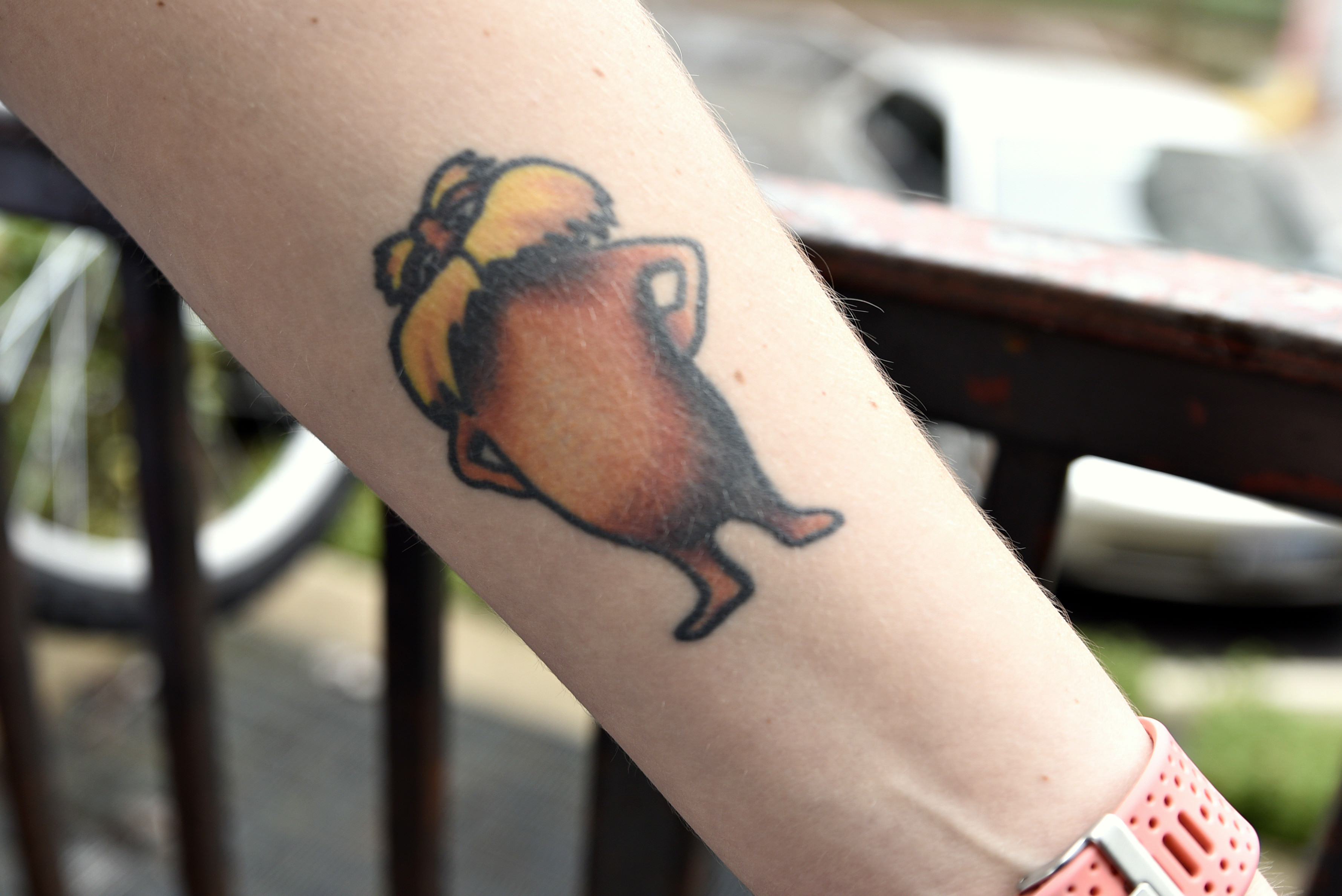 Allie Schauer, history and sustainability studies sophomore, only needs to look to her arm for inspiration to continue making a difference in the world as she prepares for exams this week.

Before Schauer left for college, she and her mom got matching tattoos of the Lorax, a popular character from the Dr. Seuss book.

As passionate environmentalists, she and her mom decided to get a tattoos that reflected their shared values, but the tattoo also has a special significance for the mother and daughter.

Schauer said as a kid, her mother would read her the Lorax before bed, but their love for the Lorax continued past her elementary school days. In high school, Schauer was required to take photos with a paper cutout of the Lorax for a class assignment, but Schauer and her mom continued the tradition long after the assignment was due until one day, the Lorax disappeared.

“We were traveling and it fell out of my wallet at one point and my mom was like, ‘You wouldn’t have to worry about losing it if we just had it on our arm,’” Schauer said. “We had already been talking about getting a matching tattoo and I was like, ‘That’s perfect.’” 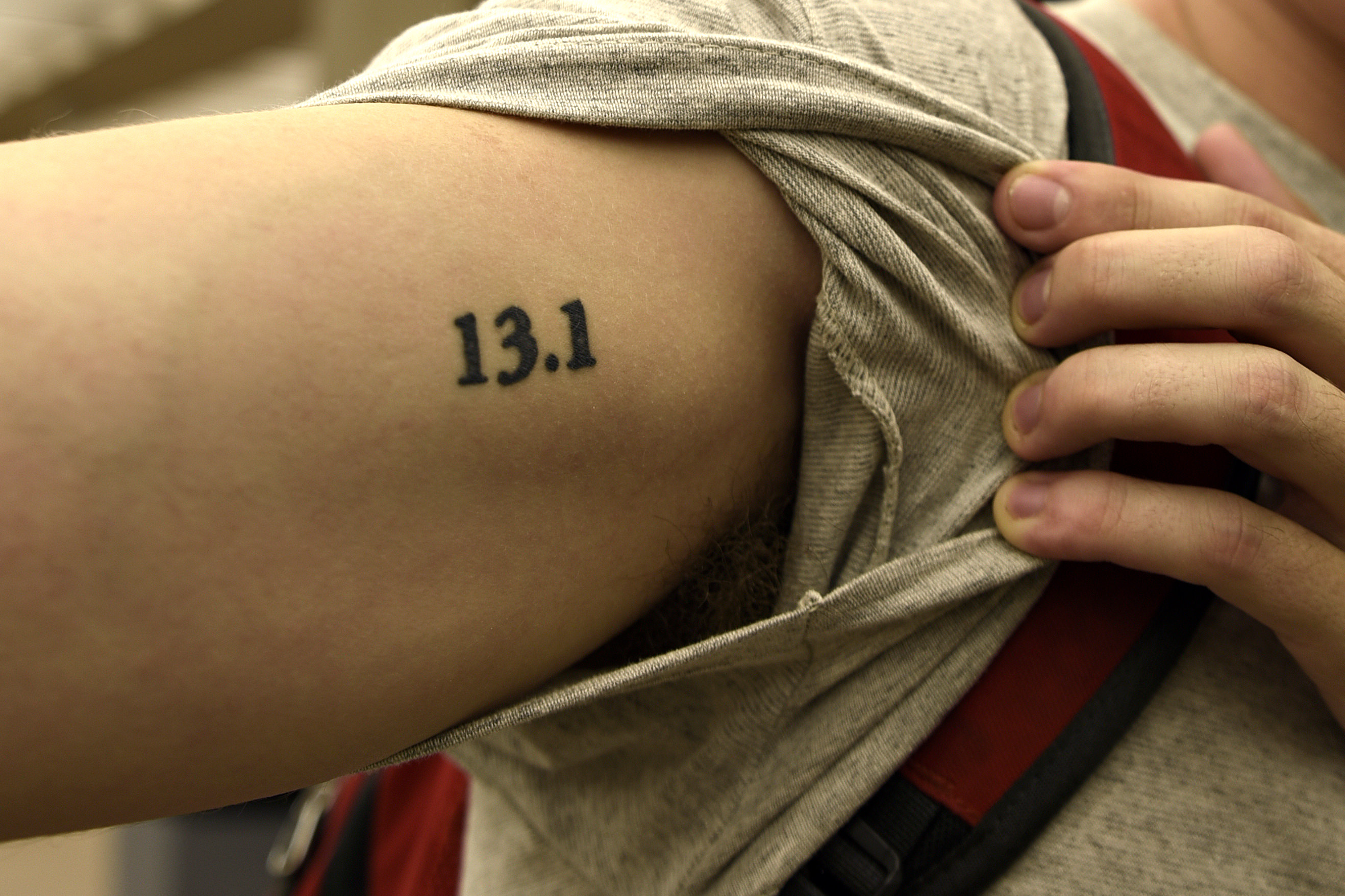 When economics junior Nick Woulfe isn’t cramming for finals in a cramped cubicle at Perry-Castaneda Library, he likes to stretch his legs and go for a run.
The 13.1 on his arm, which he spontaneously decided to get tattooed immediately after running in a half marathon with his mother last January, serves as a reminder to go the distance.

“It was kind of off a runner’s high,” Woulfe said. “Immediately we were like, ‘You wanna get a tattoo?’”

Because no one else in the Woulfe family enjoys running, Nick and his mother have been exercise partners for years.

“I have a brother and a sister and my dad, but they all hate running so we just decided we’d keep doing this ourselves,” Woulfe said. “She’s always been there whenever I’m running.”

The tattoo cements their bond as a two-Woulfe wolf pack. Woulfe’s mother sat with him during the tattoo process, and plans to eventually get the same one herself.

“It’s something that’s nice just between us,” Woulfe said. “It was me and her just talking and (the tattoo artist) putting a needle in
my arm.”